It was certainly a busy week, last week. Tonnes of parts have been put on order and some critical bits and pieces have arrived since my last post.

That said, this post will cover the selection and fitment of new tyres that I purchased for my BMW R80.

Before diving in and purchasing my new tyres, I spent quite some time taking measurements and sorting through available options. I knew I wanted a dual-sport tyre that was aesthetically pleasing, while not sacrificing ride-ability. I want to take this bike on the dirt road so I needed something that could hold its own in the loose stuff, but I don’t want to completely sacrifice road riding performance, so a dual-purpose tyre was king.

In order to proceed with a tyre choice, I had to see what kind of room I was working with. I ensured to check all clearances as pictured below: 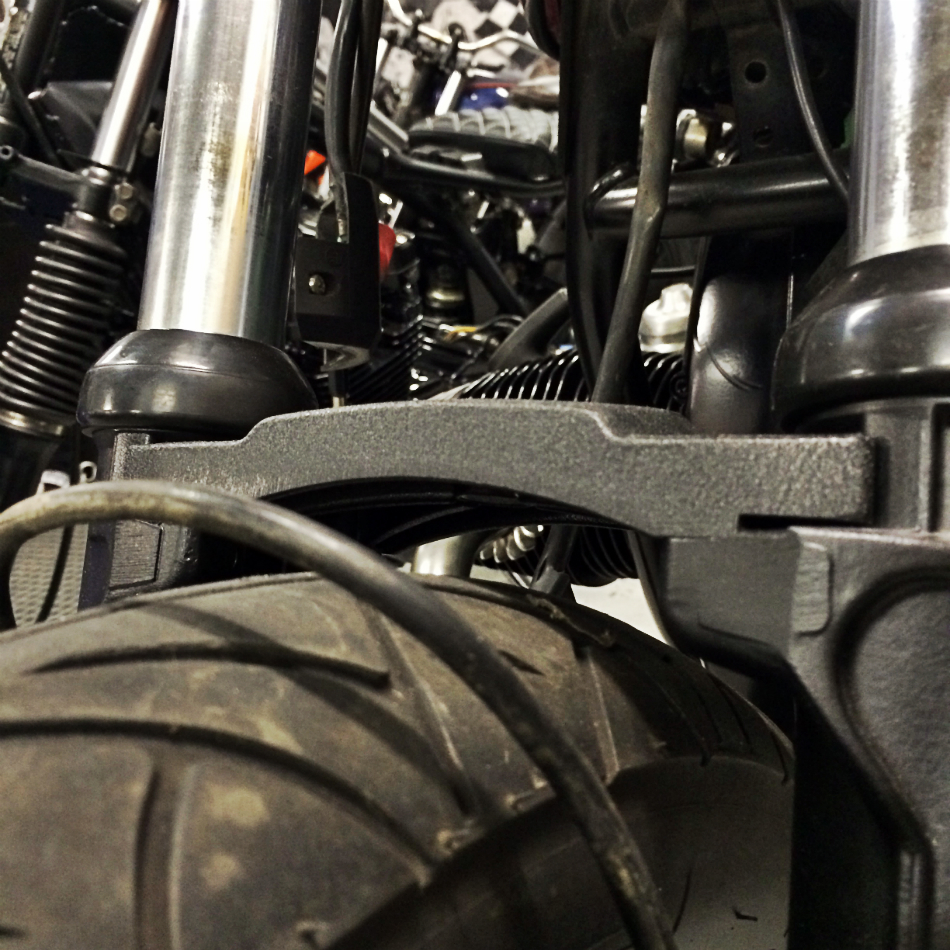 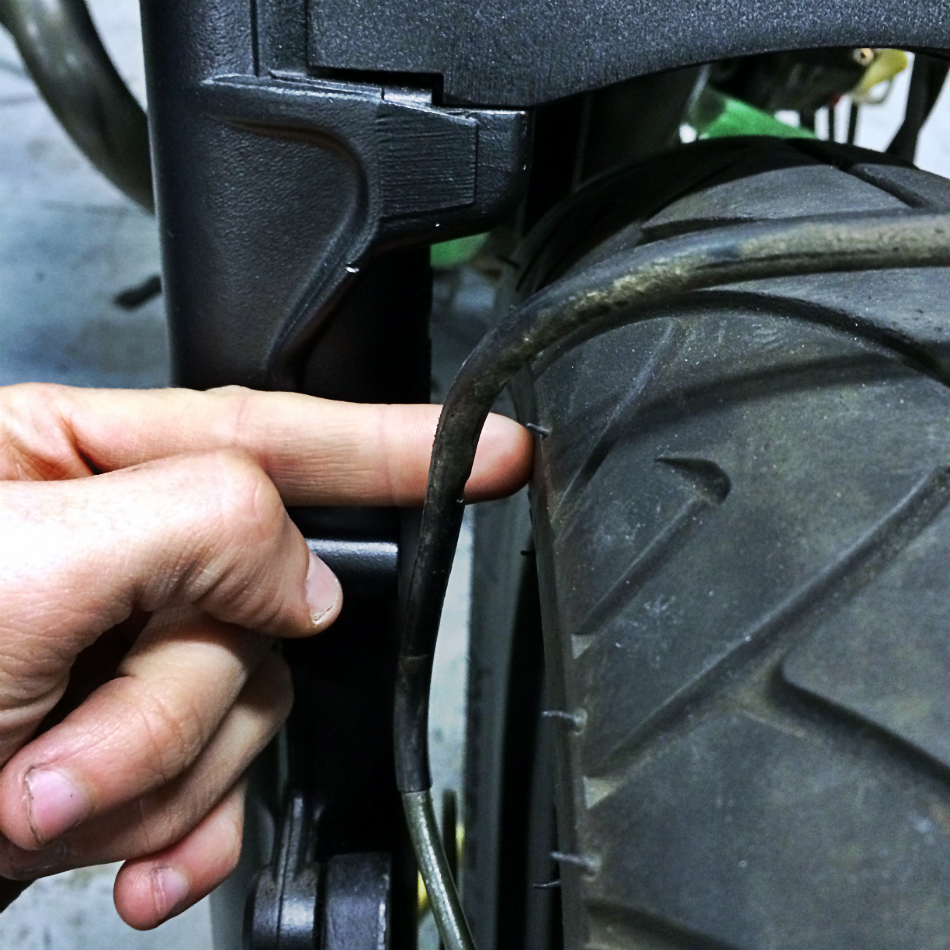 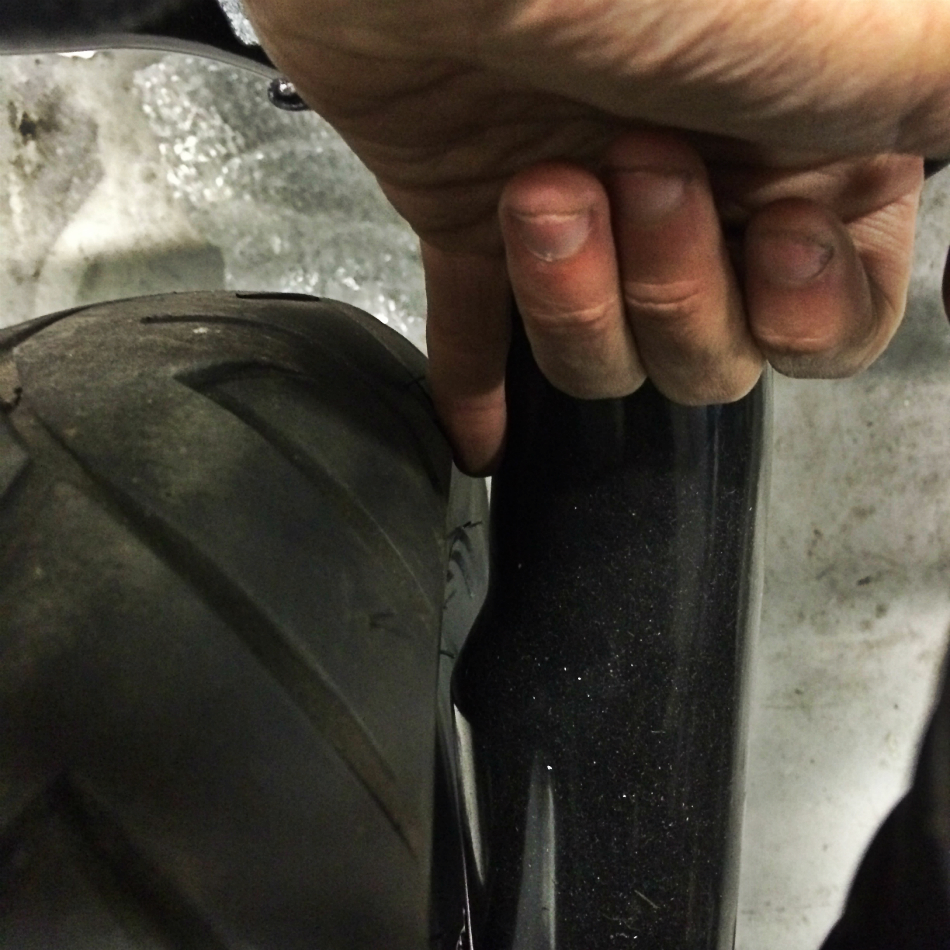 After much deliberation (and with the help of Ren) I decided to go for a 130 (section width) rear tyre and a 120 on the front. This was a rather drastic increase from the stock specifications listed in the workshop manual, so I was a little nervous when placing the order.

I ended up settling on Heidenau K60’s and began ringing suppliers and sourcing the sizes I needed. Not long after, I’d placed an order with Bruce Collins Enterprises for the tyres in the sizes I required.

The tyre size increase is quite profound! Another point I should raise at this moment is that the new tyres are both actually “rear” tyres. The 120/90-18 is a Heidenau K60 rear tyre that I’m opting to fit to the front wheel for added “toughness” and to keep both tread patterns uniformed.

I placed the order over the phone on Thursday night (or maybe it was Friday?) and they arrived the following Monday… Talk about efficiency! 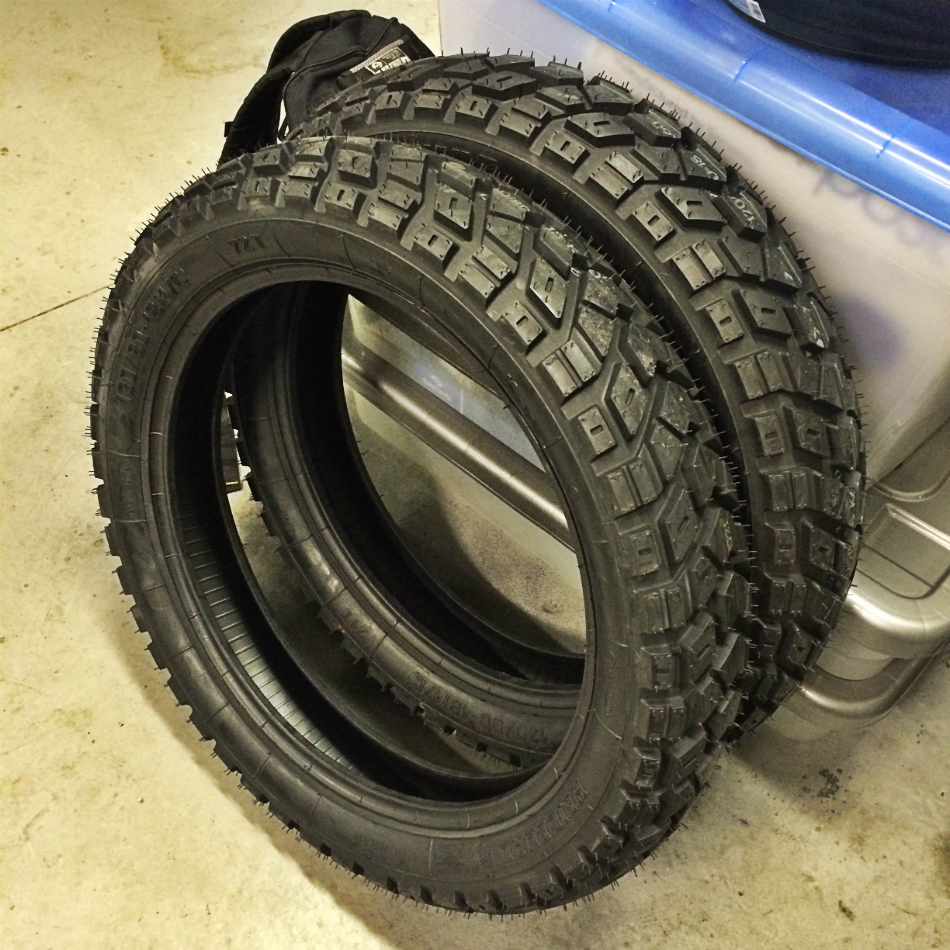 After spending a few minutes drooling over them, I organised for them to be fitted in place of the old tyres the following day. 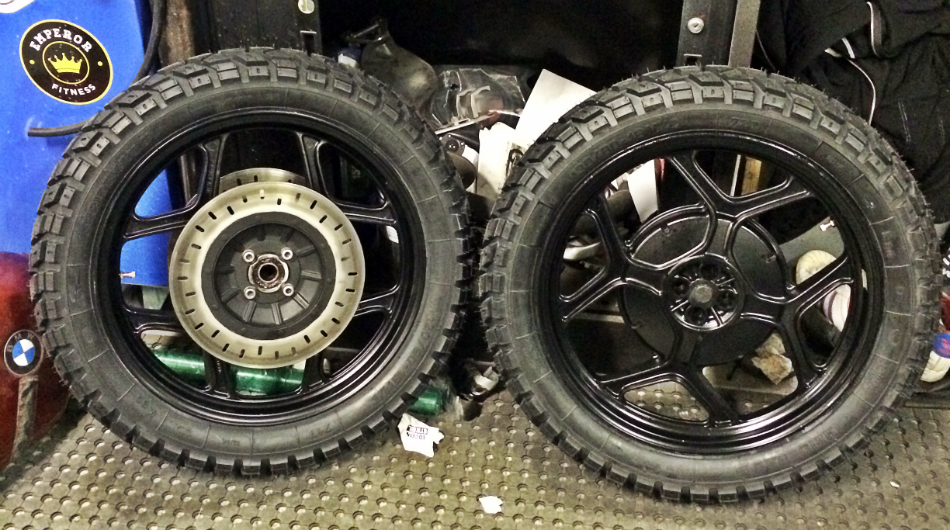 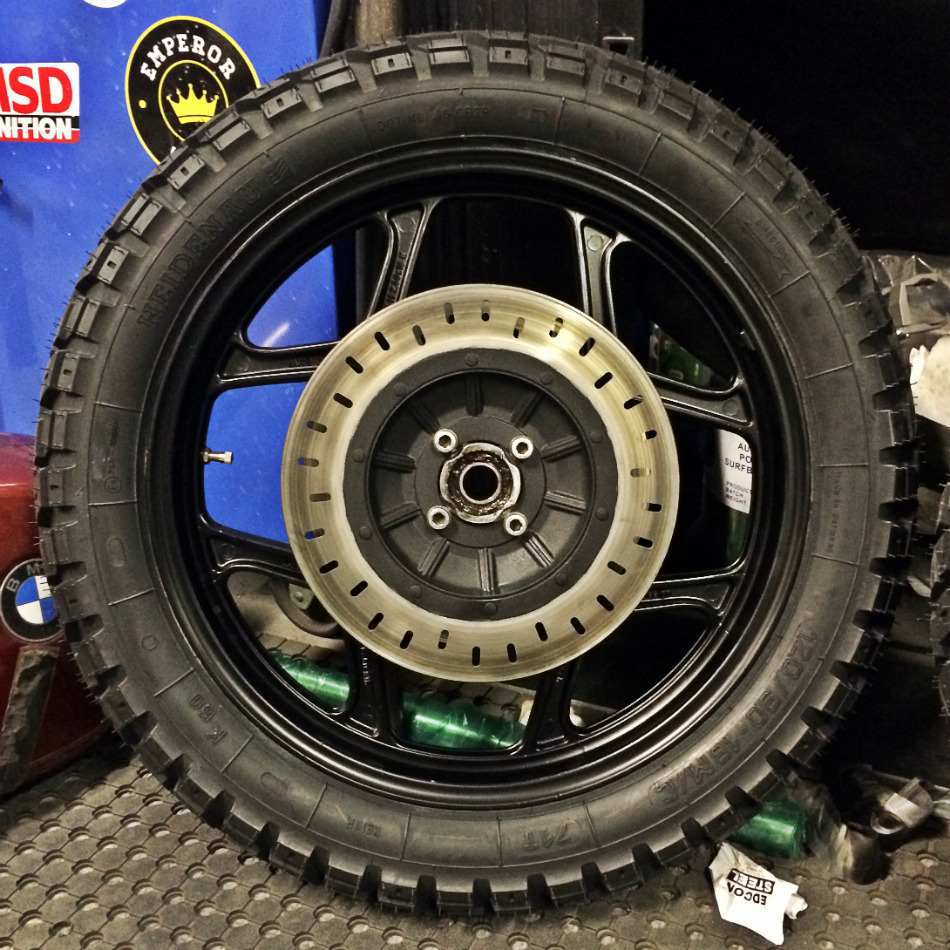 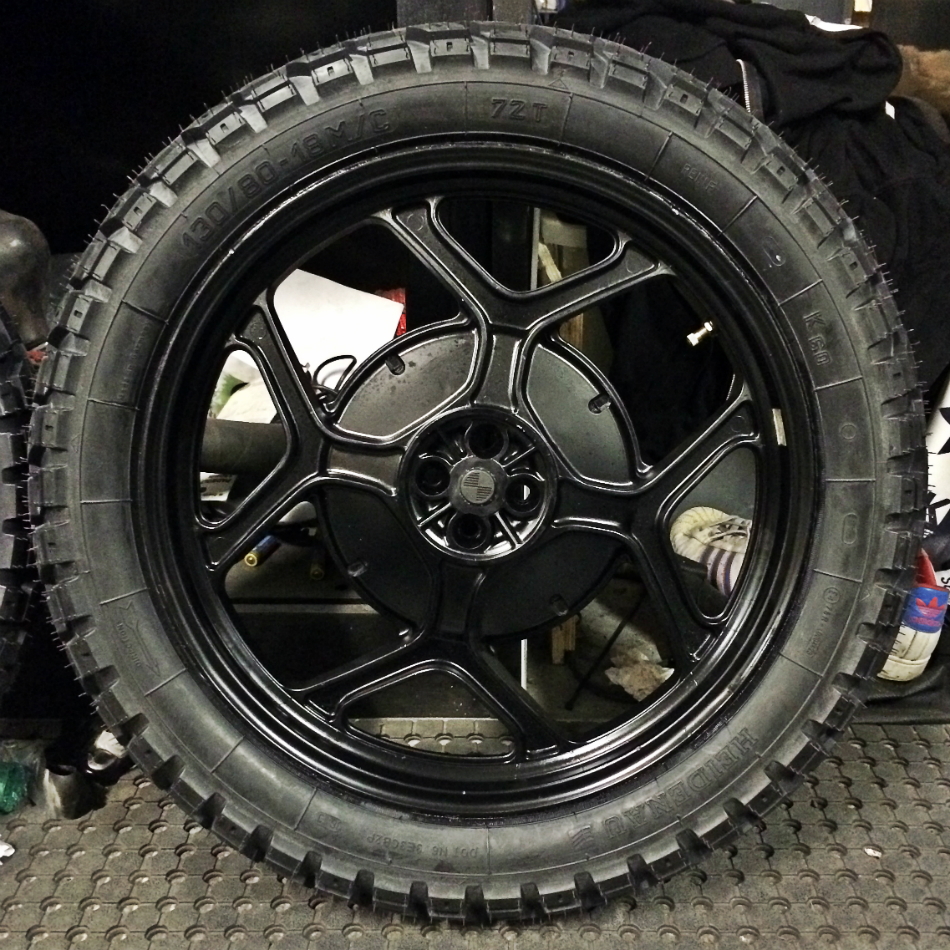 With the new rubber fitted to the rims, I eagerly got to the moment of truth… Fitment.

To my complete and utter delight, both the front and rear wheels and tyres fitted beautifully. Not too close that it’s sketchy, but not too far that I’d have wished I’d gone for a wider section width! 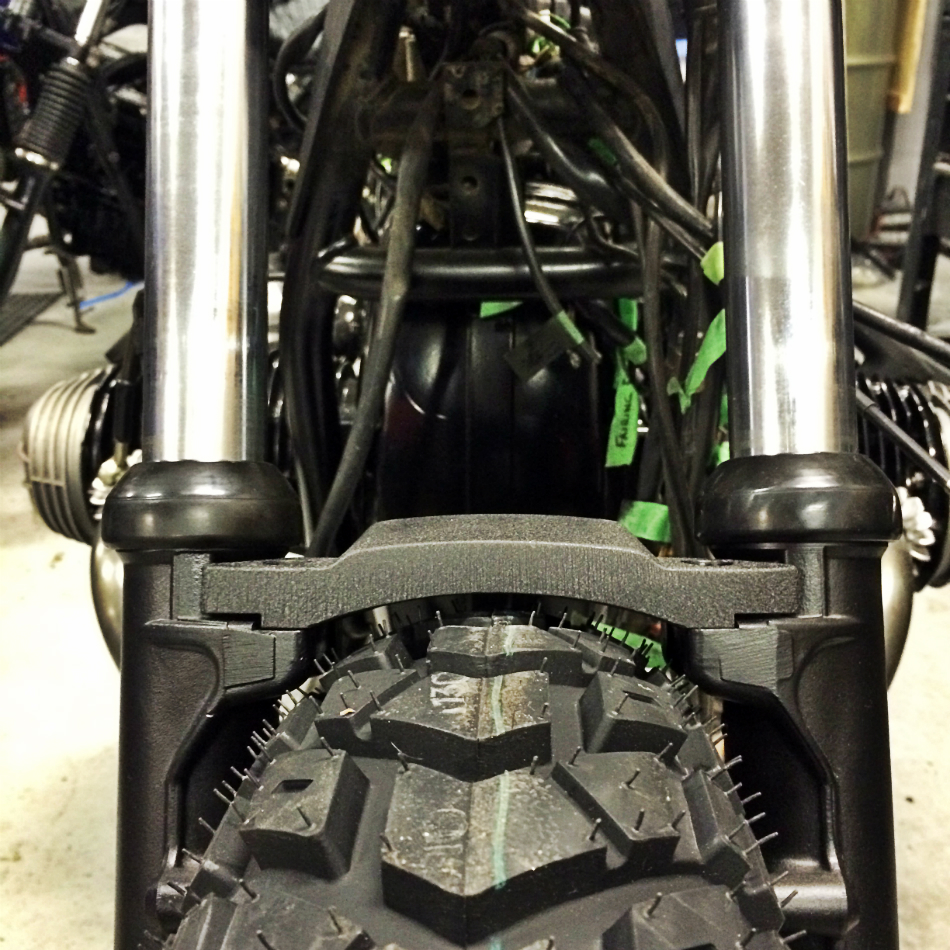 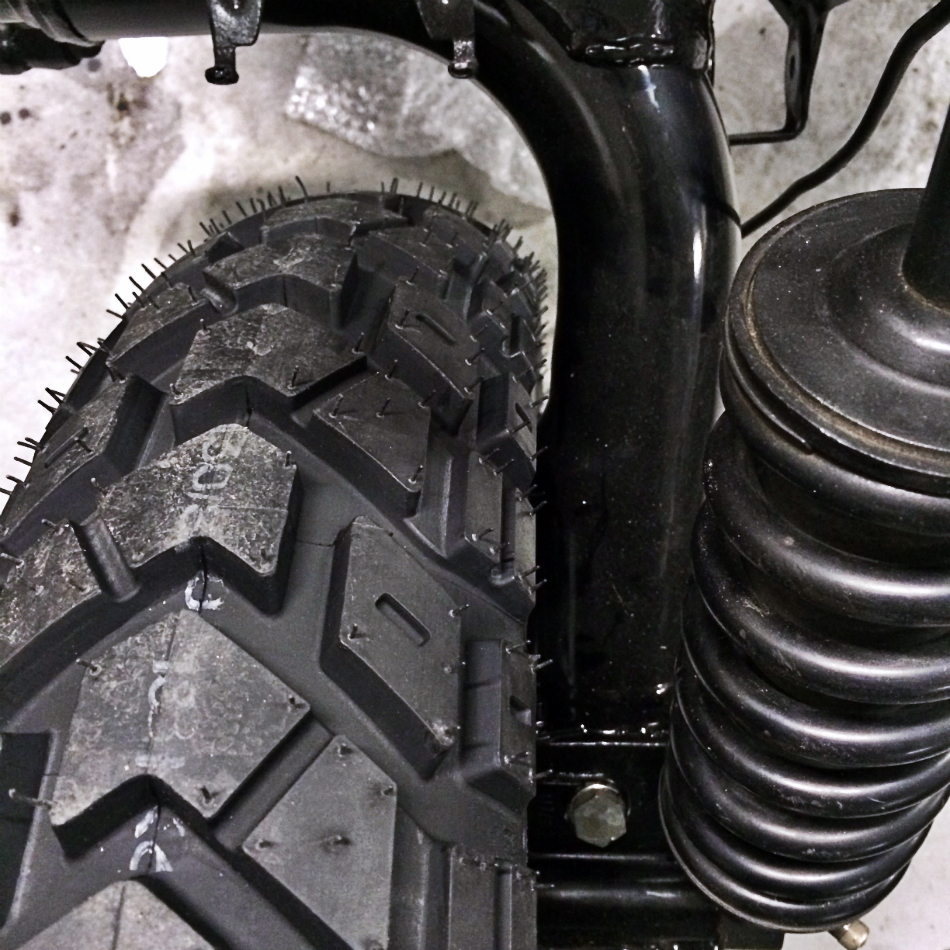 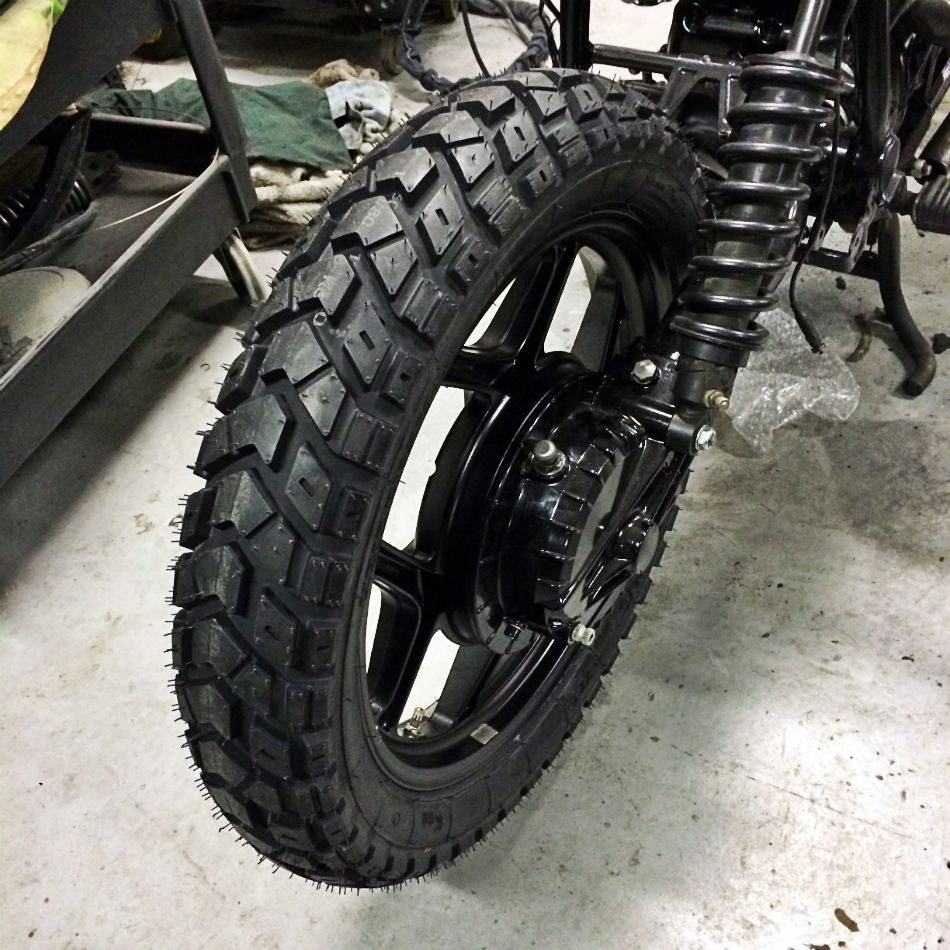 The only thing that needs to be re-worked to accommodate these new tyres is the Brembo twin-disc front brake crossover tube. This was in fact on my agenda of items to address anyway, so I think it is safe to say that the new tyres are an epic win. 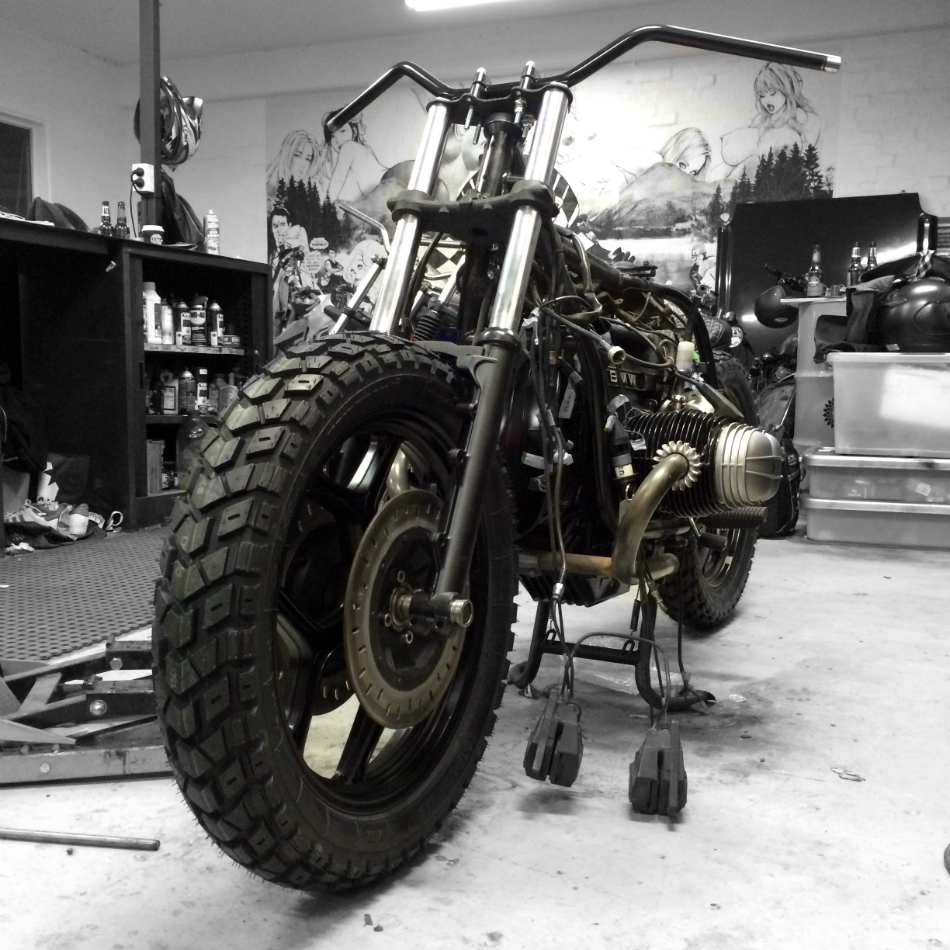 I’ve placed a few orders for parts as mentioned at the start of this post. More information to come on that topic very, very soon.