It wasn’t meant to be a Christmas present to myself, but it definitely ended up that way…

At the end of September, 2016, I had a pretty rough off at around 80km/h (more to come on that, in a future article). Aside from time spent in hospital, I lost my beloved 2009 Yamaha R1. It was a sad time, but many positives were soon to reveal themselves.

For now, suffice to say, I was comprehensively insured.

Following the accident, I commenced two months of research and shopping around to decide on my next motorcycle. I scoured the internet; reading reviews, watching shootout comparisons, and calling upon any other avenues for advice. I formed a shortlist, and began my process of elimination.

Before I briefly share my reasoning, I feel it important to mention that I fucking loved my 2009 Yamaha R1. I really (really) enjoyed owning that motorcycle. It was bulletproof, it had power, it was comfortable enough, and in all honesty, I would happily own another. I owned my 2009 Yamaha R1 for around five or six years, and she’d taken me to Phillip Island for the MotoGP, and World Superbikes each of those years. We covered near 65,000kms together.

So why not get another?

I gave this possibility some real thought during my recovery, and eventually came to the conclusion that life is finite, and I decided it was time to sling my leg over something fresh.

So, how did I further narrow my shortlist, from three contenders, to one?

Naturally, cost was a factor. The brand new Aprilia, and Yamaha sat around $25,000 AUD, while the 2012 Ducati could be acquired for closer to $20,000 AUD. The three motorcycles weren’t priced too differently, so I moved on to the next criterion; performance.

As mentioned above; I read countless reviews, and just about exhausted the internet’s supply of comparison/shootout videos. The general consensus was that the current model Yamaha R1 ruled supreme, with the Aprilia coming damned close. The Ducati didn’t quite perform as well.

Looks. Since the day the first Ducati Panigale was revealed, I fell in love. To this day, I consider it to be close to the best, if not the best looking superbike on the market, today. The Aprilia RSV4 had me swooning too – it spoke to my Italian background, with it’s tricolore livery, and the current model Yamaha R1 screamed utilitarianism.

The final area that I pretended to consider was comfort… If comfort is high on your priority list when buying a motorcycle… You best simply trot-on-by the superbike section of your local dealership. Looking for comfort in a superbike – you’re going to have a bad time.

So given the brief critique, above, I looked back at my priority list, ordered from most important, to least:

It was around this point, that I noticed my choice becoming apparent. After giving myself a little time to deliberate, the Yamaha flagship won me over. I might mention that the outcome annoyed me a little, because deep down, I was starting to like the idea of stepping onto something other than a Yamaha R1 – just for a change of pace. But the unrivaled performance of the Yamaha had my mind, set. 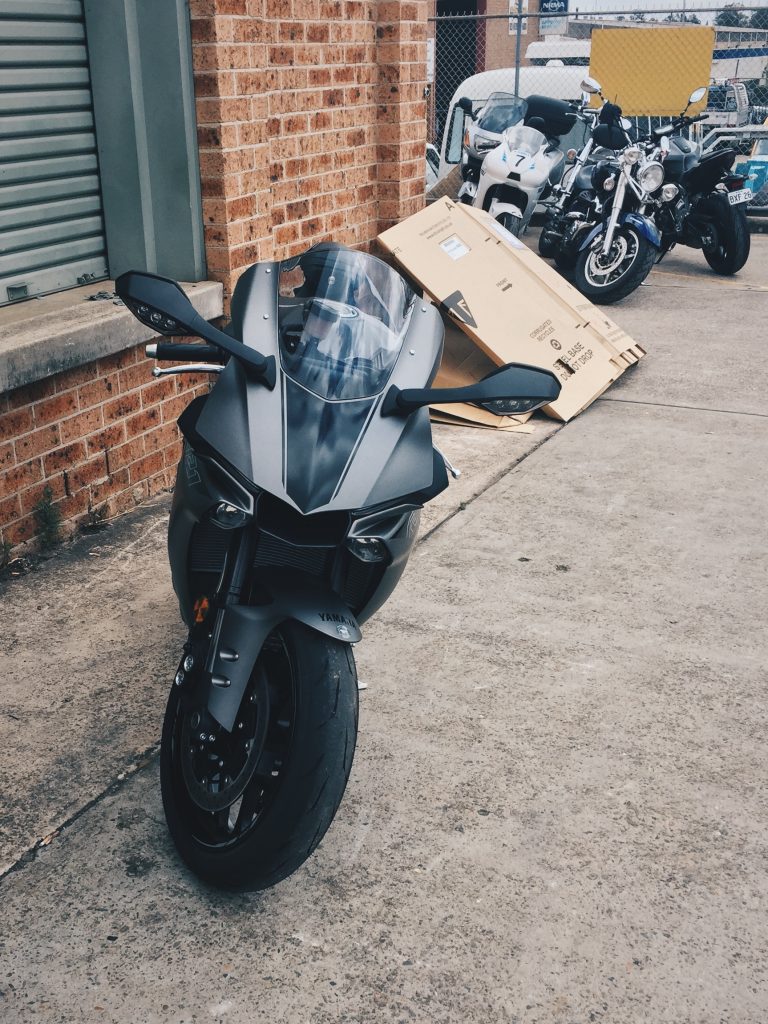 First Ride: Picking up the new 2016 Yamaha R1 from the dealership

The first thing I did, upon arriving home with my new 2016 Yamaha R1, was to swap out the stock rear fender for an R&G Tail Tidy. 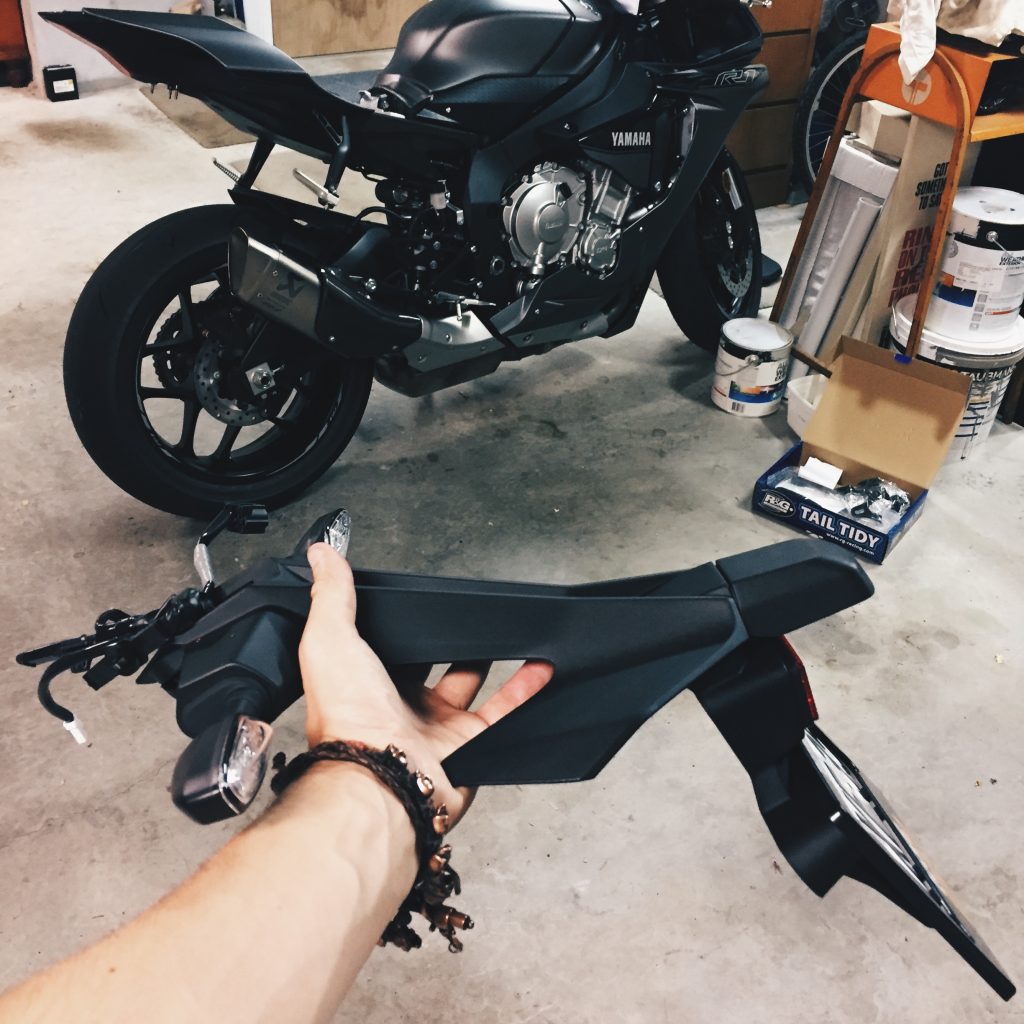 Removed rear fender the first moment I got!

With the tail section of the motorcycle, all tidied up, she was ready for her first proper ride. 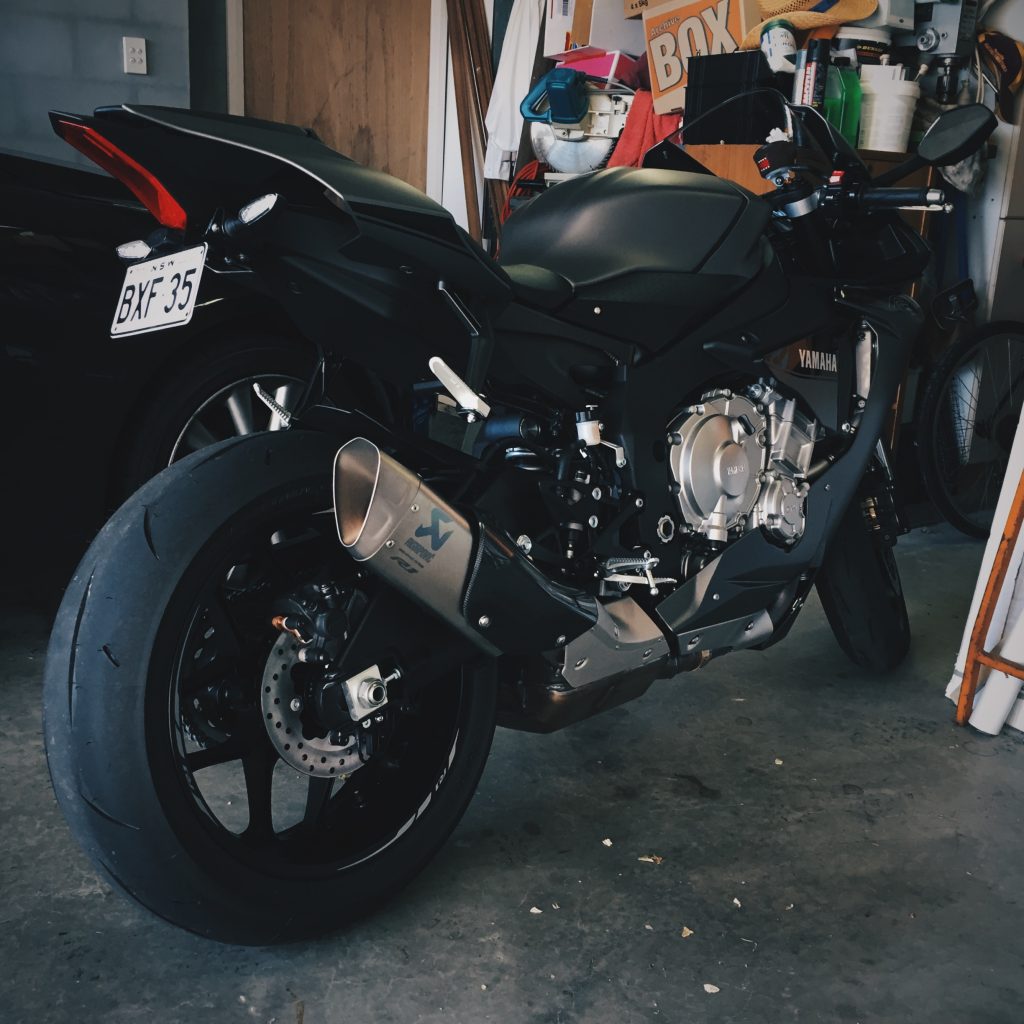 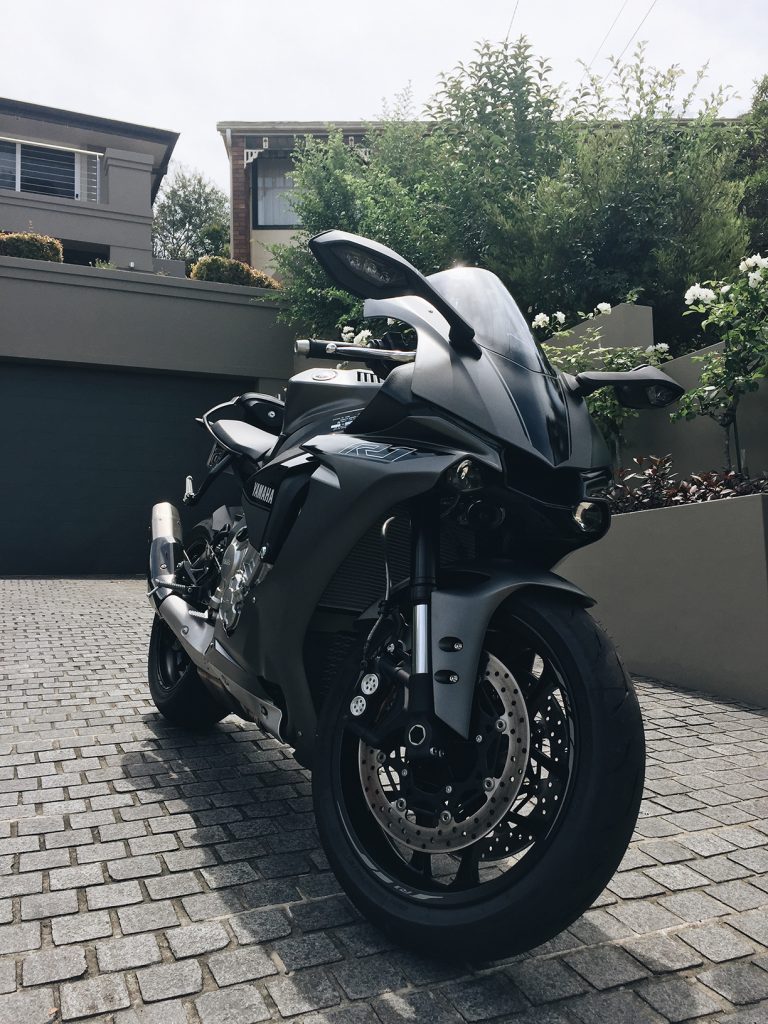 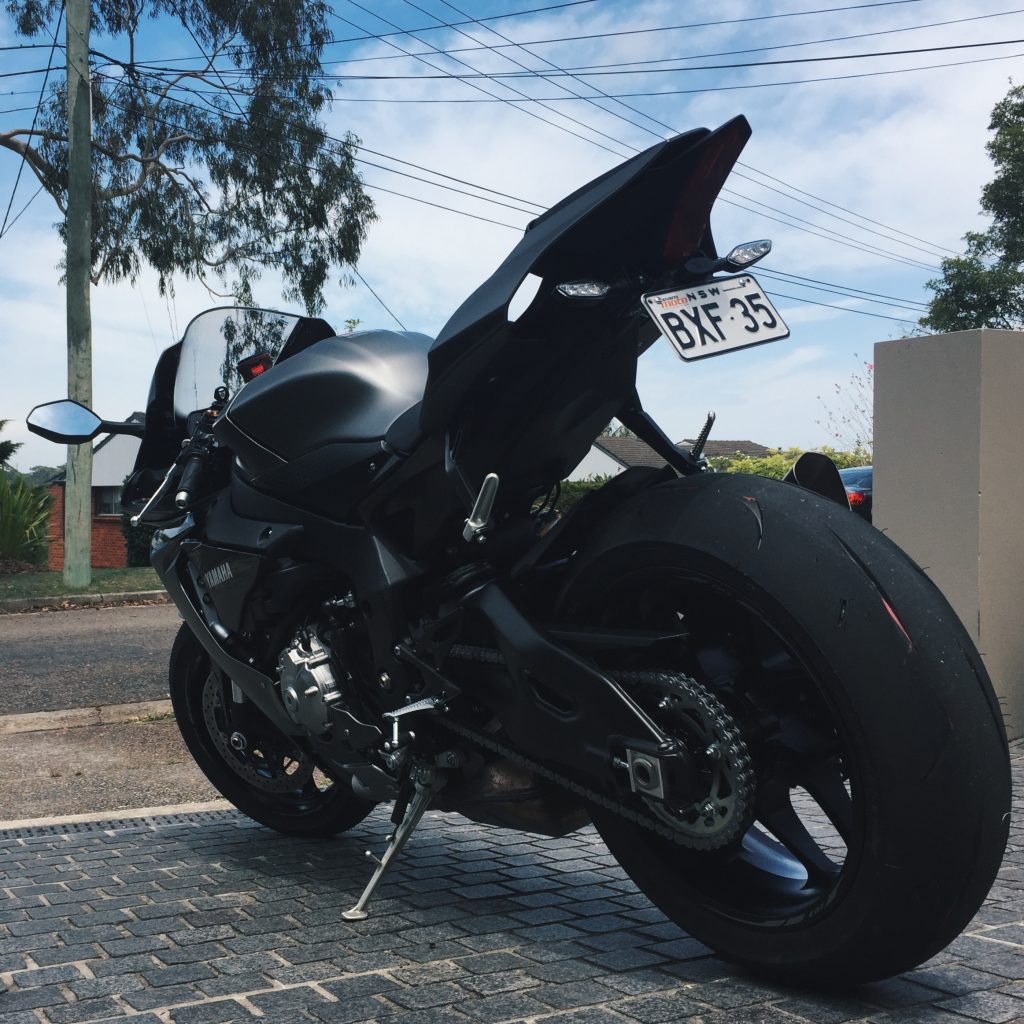 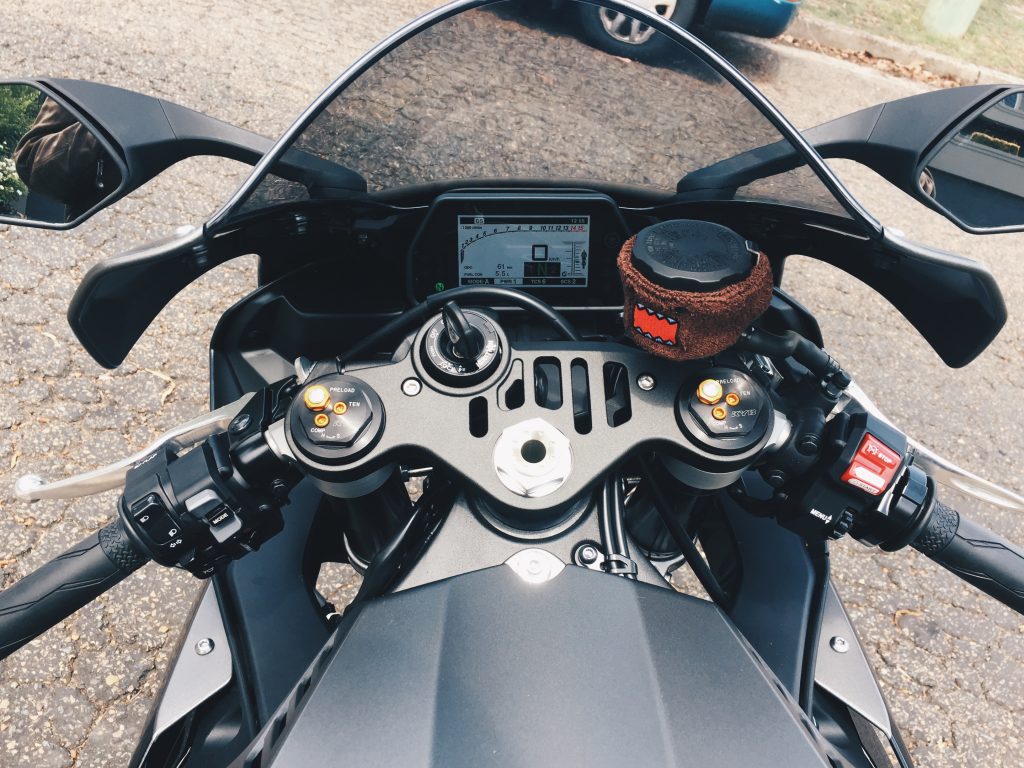 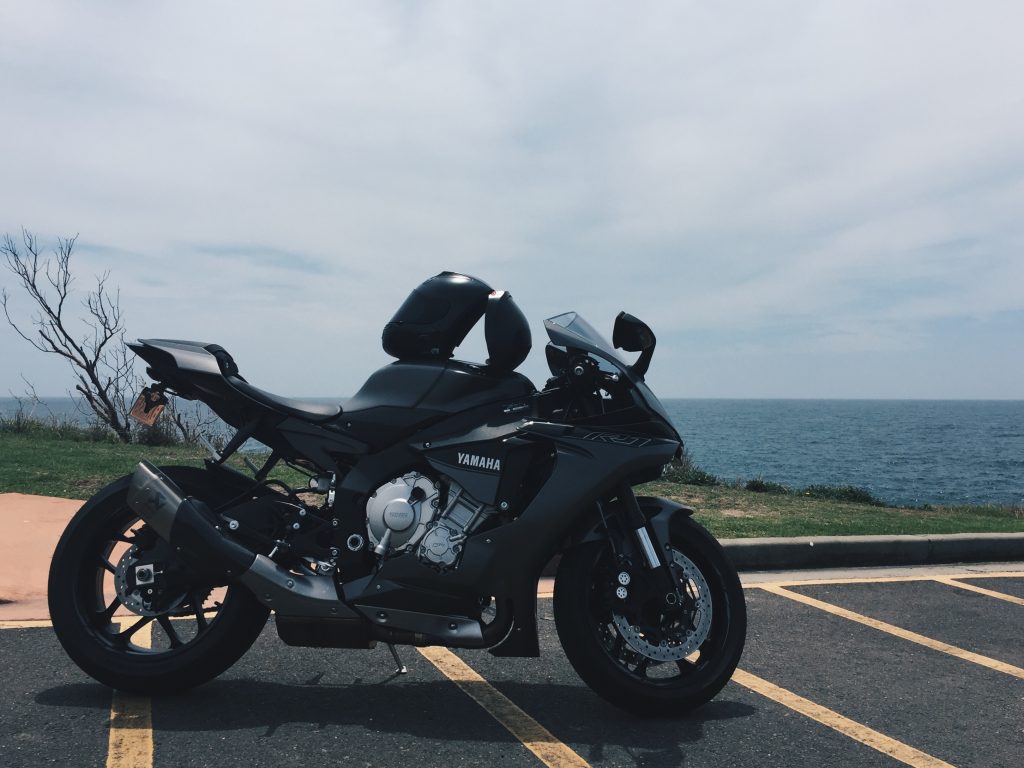 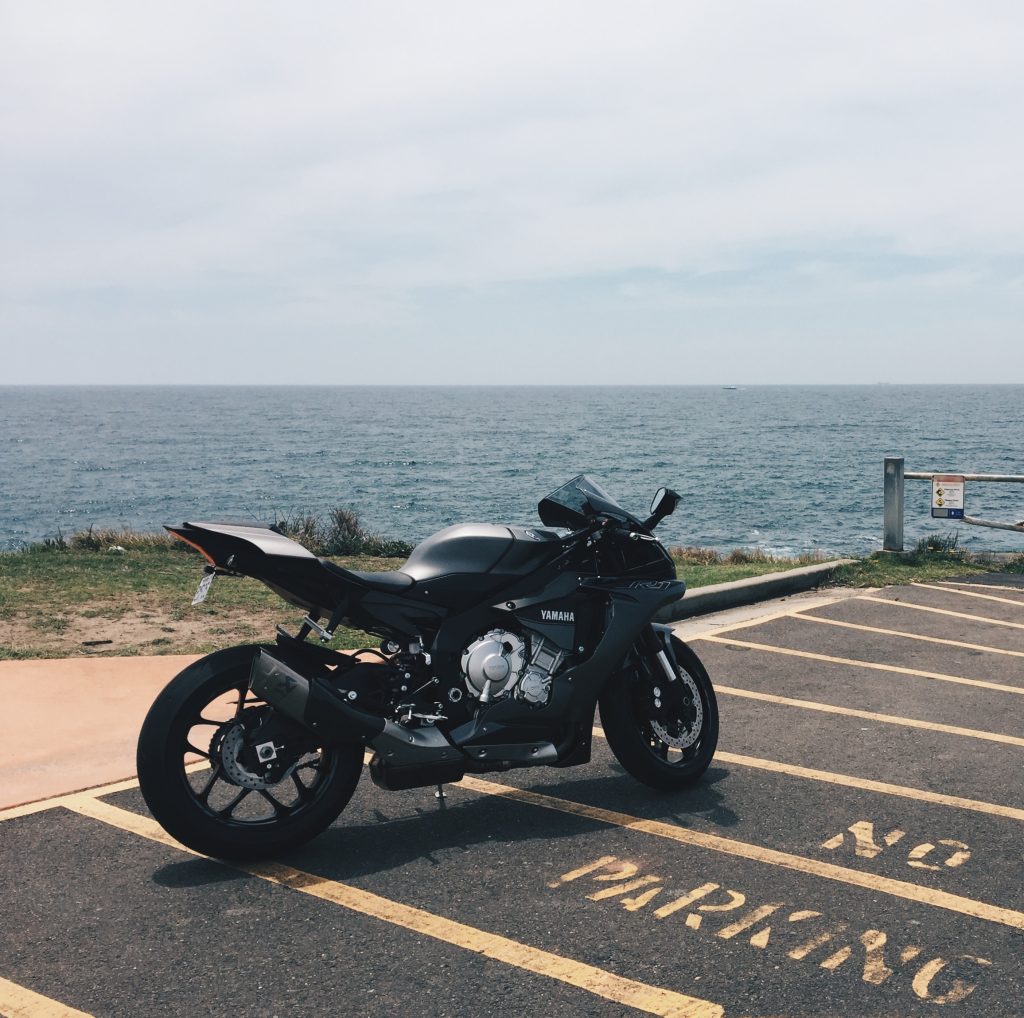 – Tank pads, before I scratch the shit out of my tank
– Lifter knobs/paddock-stand pegs
– Complete the exhaust system;