After much deliberation, I decided to remove the pillion/exhaust brackets from the frame. While I was at it I got to de-tabbing a few other legacies of the stock rear sub-frame as well.

There was nothing difficult about de-tabbing/removing the pillion brackets other than thinking about how to re-mount the rear brake light actuator that hides behind the right pillion bracket. The stock actuator remains depressed (brake light off) until the foot brake lever is used at which point the actuator nipple is not depressed (it is sprung to pop out) and the brake light is turned on. I have decided to replace this mechanism with a “pull” actuator, rather than a “push” one. This will mean that when the foot brake lever is pushed, it will pull on the actuator nipple and hence turn the brake light on (more on this another time). 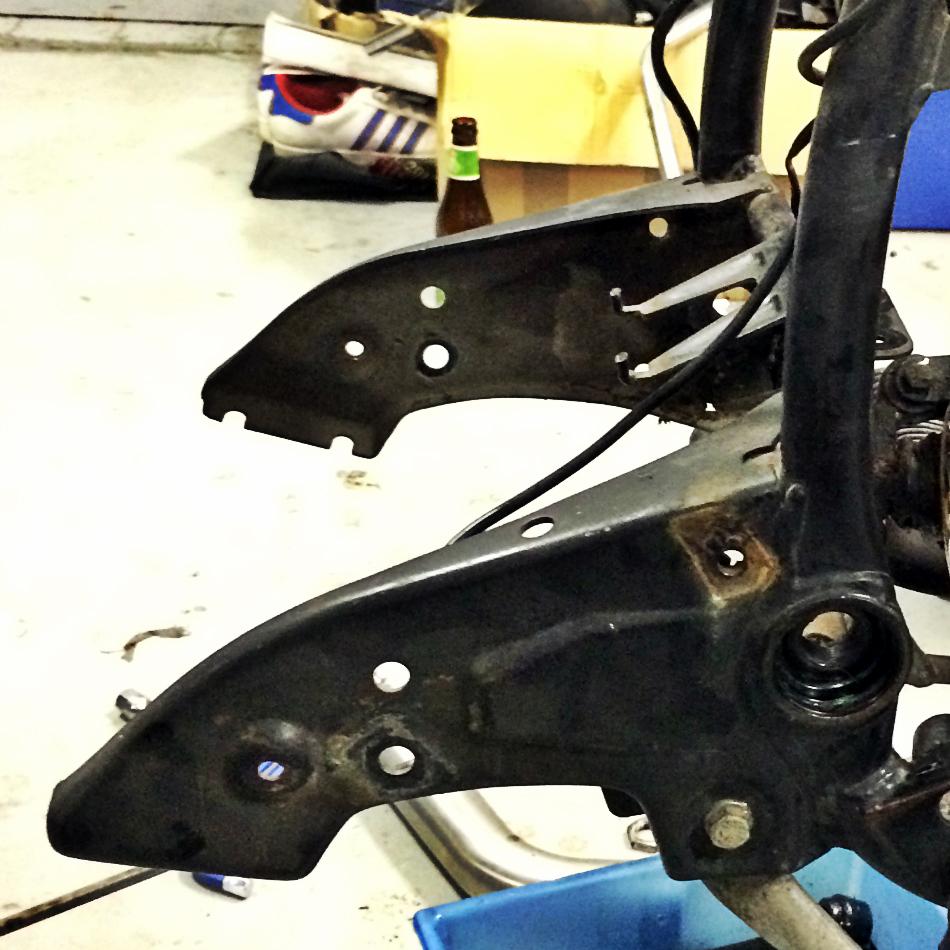 I began by grinding off as much of the brackets as I could, so that I could return to the edges with a flap-wheel to tidy things up. The left bracket was a piece of cake. 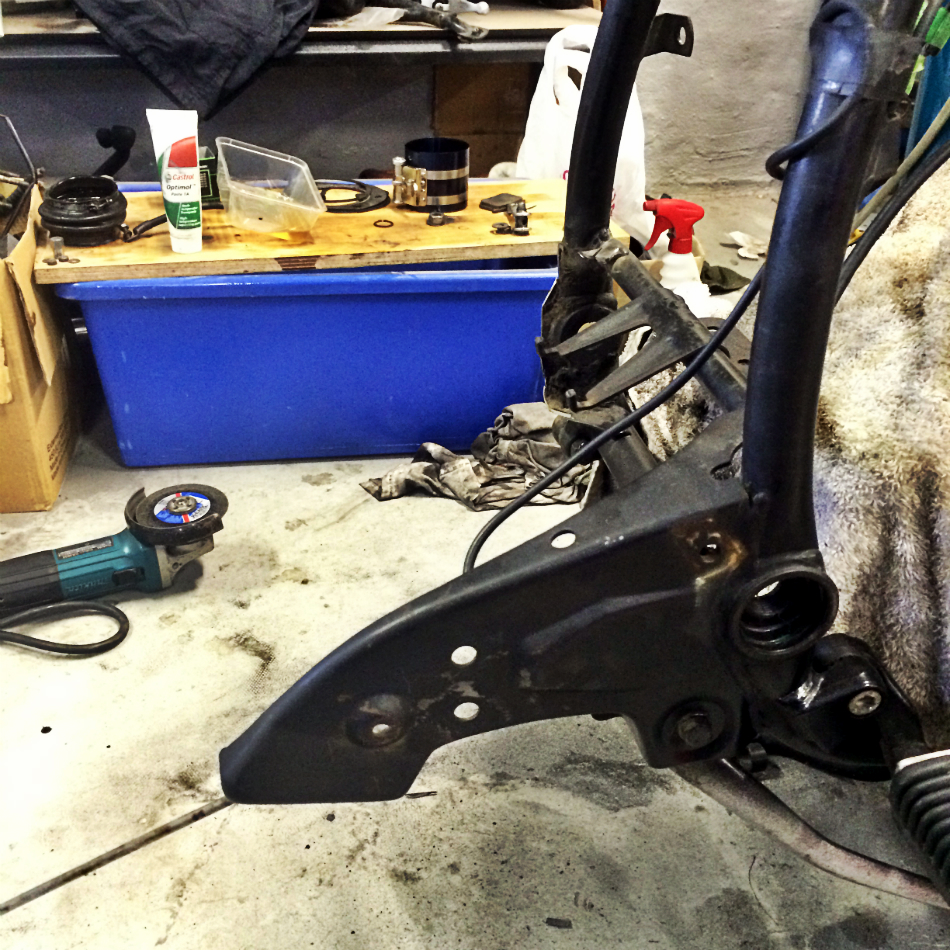 The right bracket posed a little more of a challenge due to the aforementioned rear brake light actuator. I also needed to retain a small portion of the bracket which provided a mounting point for the foot brake lever. 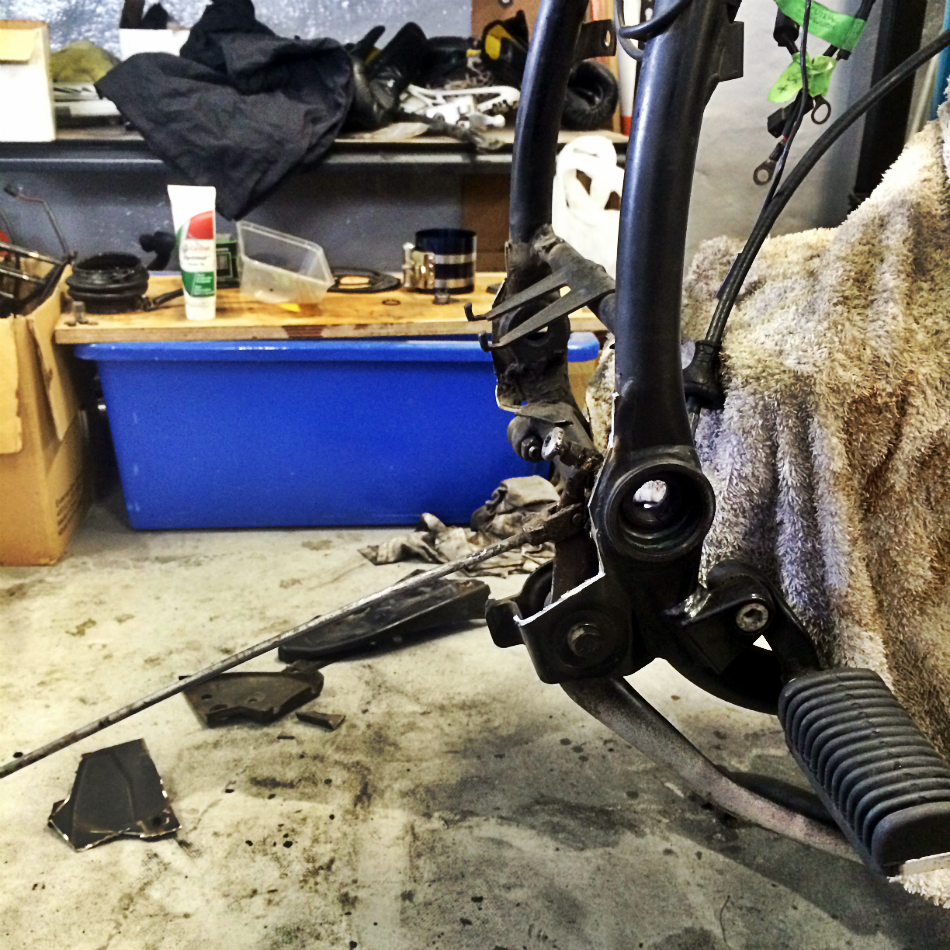 I then proceeded to flap-wheel all surfaces exposed by the bracket removal and de-tabbing. I endeavoured to leave the smoothest possible surface with the flap-wheel to get it ready for sanding and paint. 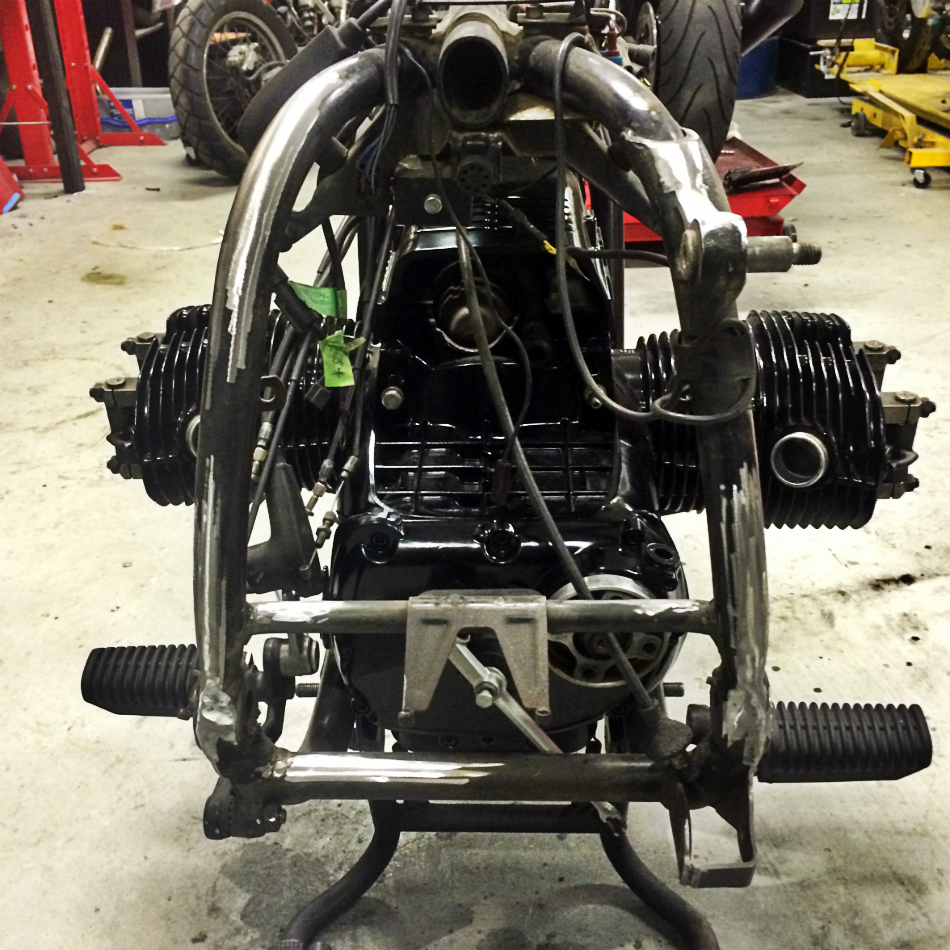 Before long, the frame was smooth to the touch and sanded in preparation for paint. Ren was kind enough to weld up a small gap in the rear-left corner of the foot brake mount and proceeded to paint the frame as required. The result was even better than I’d expected. 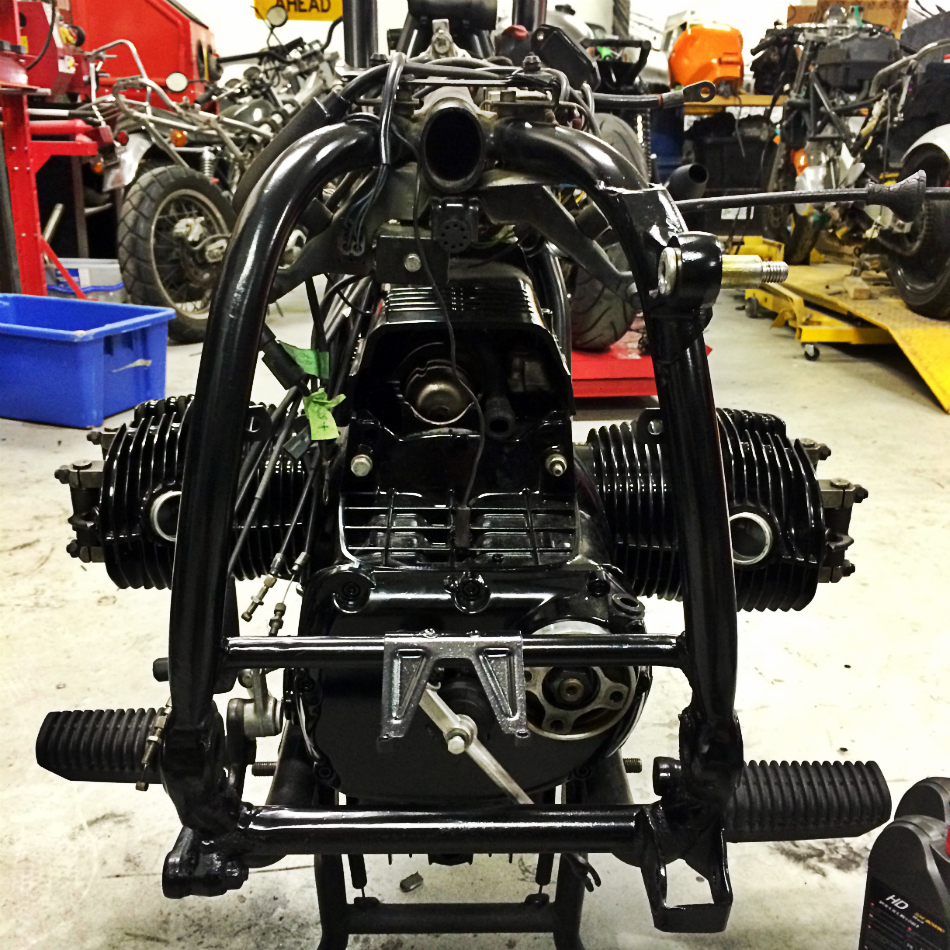 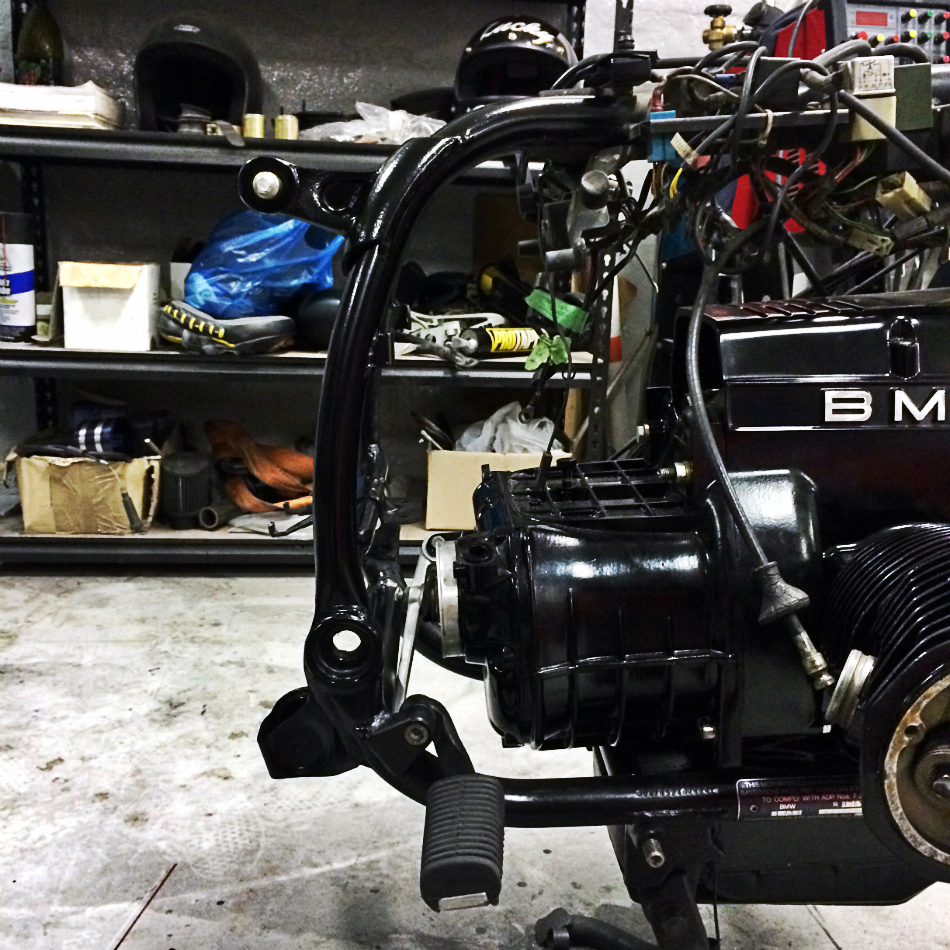 With the frame ready to rock, the next step is to throw the drive-shaft back on!