Yet another “catch up” post in an effort to bring things up to speed… The next stage of the 1986 BMW R80 RT project was to get rid of the god-awful fairings that it came with. Perhaps the fairings would have been worth keeping intact, if they weren’t as scrappy as these ones. Chipped, scratched, cracked, broken and bogged left right and centre… They had to go. 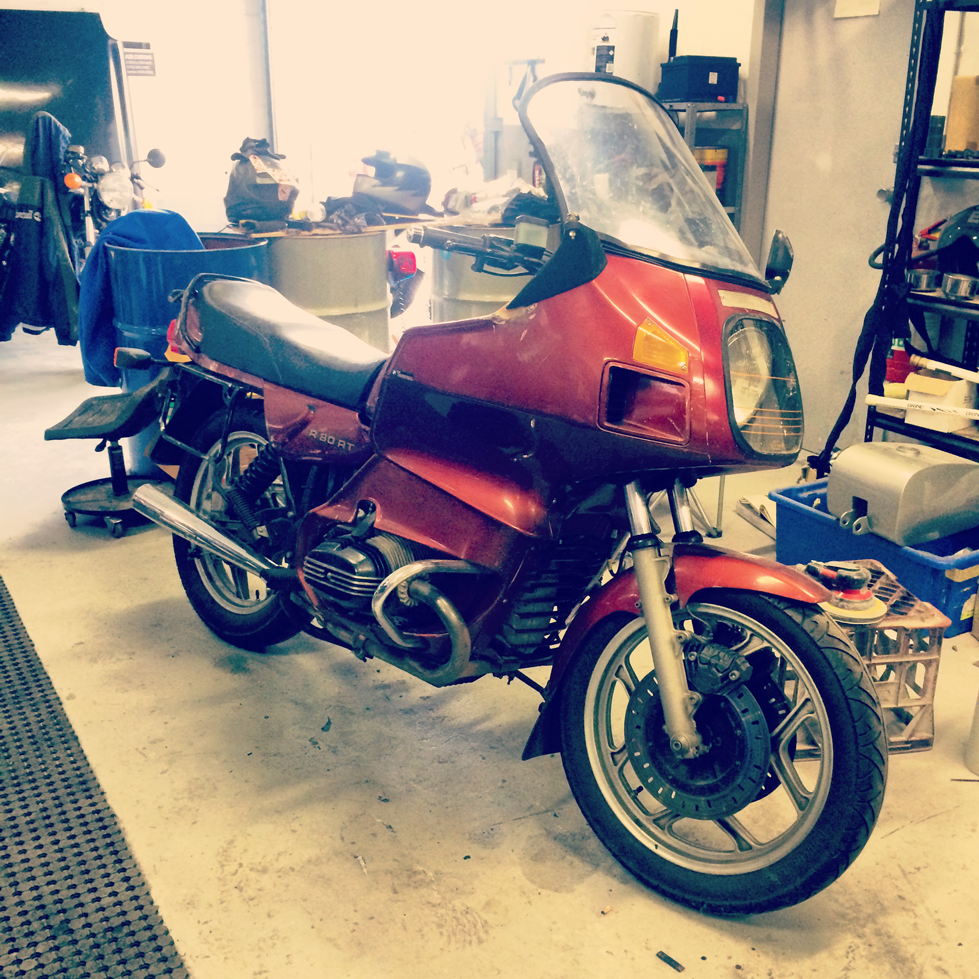 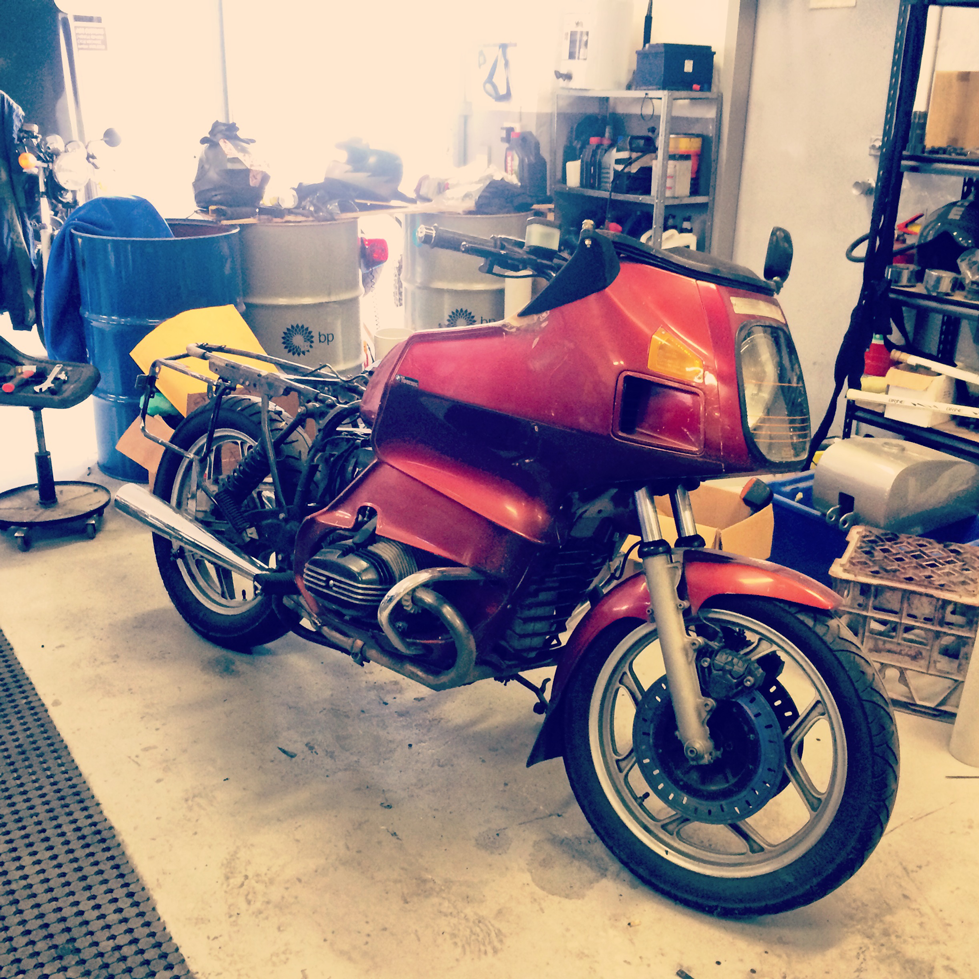 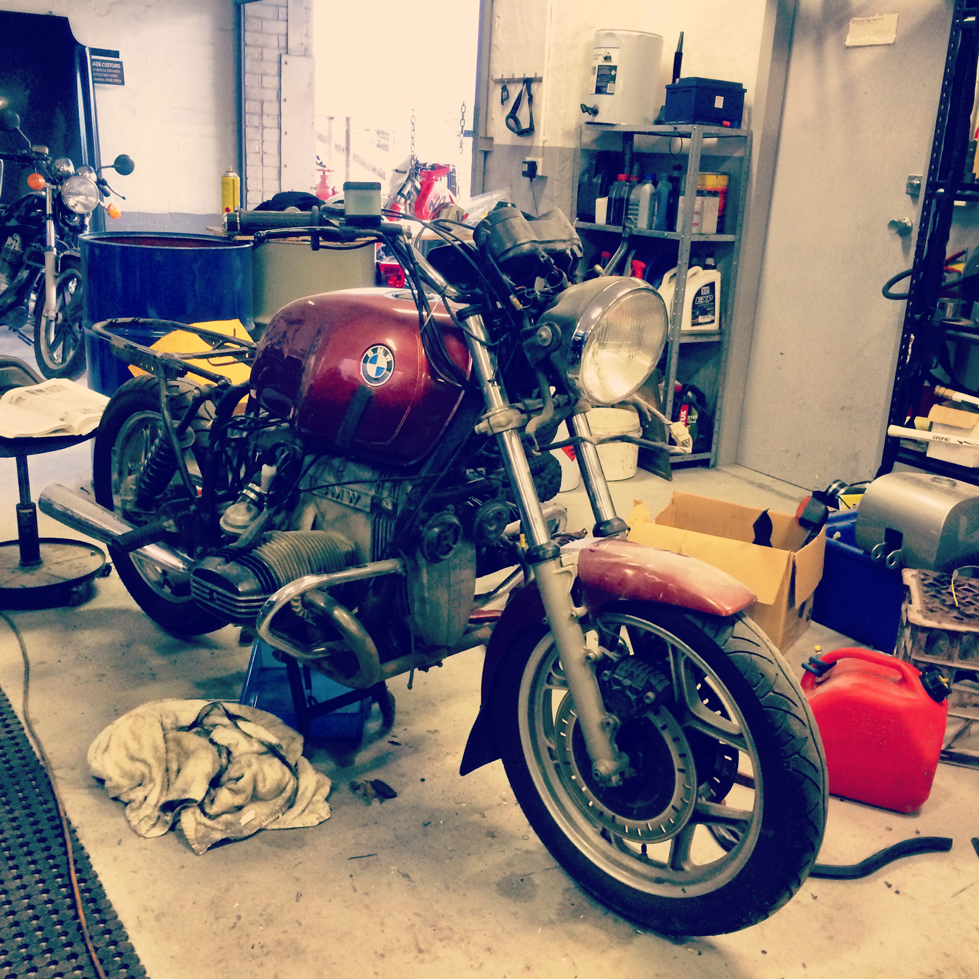 For a short video of the fairing removal (hehehe) check out the following video:

After reaching the point illustrated above, it was time to start taking off the small stuff, and removing stock instruments, and lights while labeling all orphaned wiring. FUN….. (not). 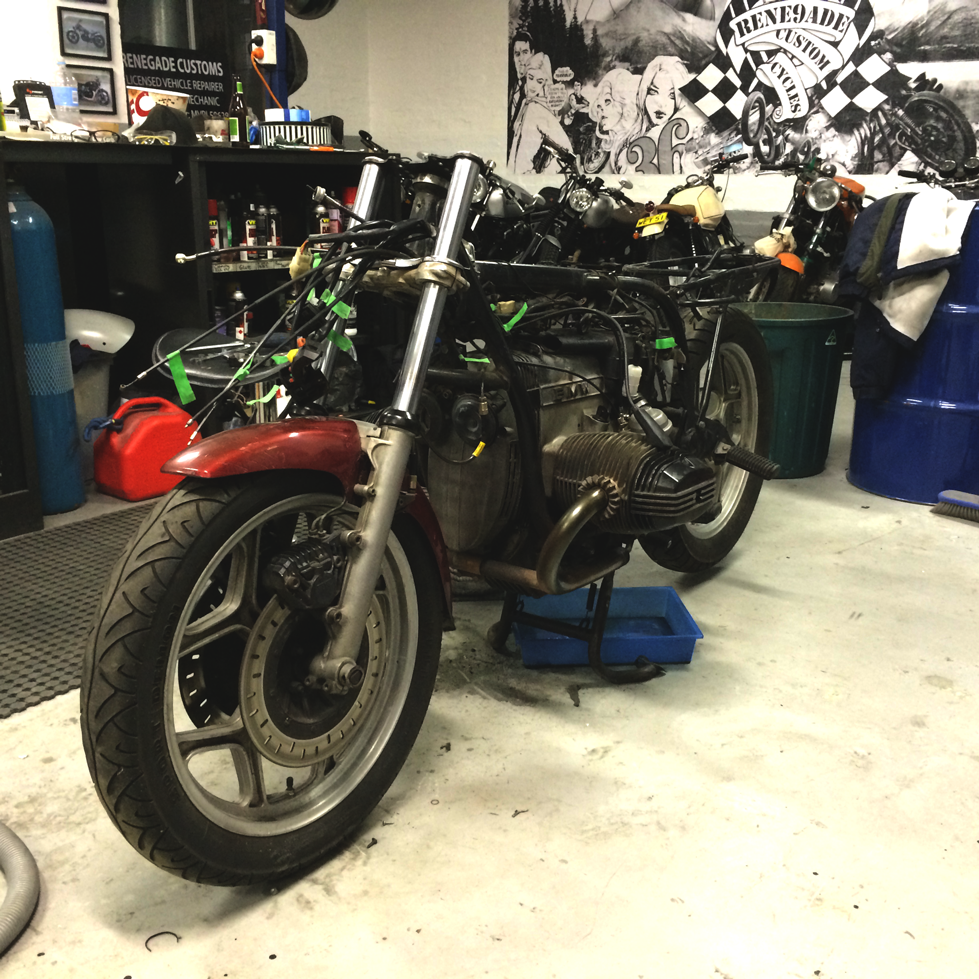 With all the electrics labelled it was time to start thinking about the next stage. I removed the rear sub-frame to get a bit better of an idea of how to approach the new sub-frame that would take its place. Gotta love the Germans; four bolts and the entire sub-frame detached. Stupidly easy. 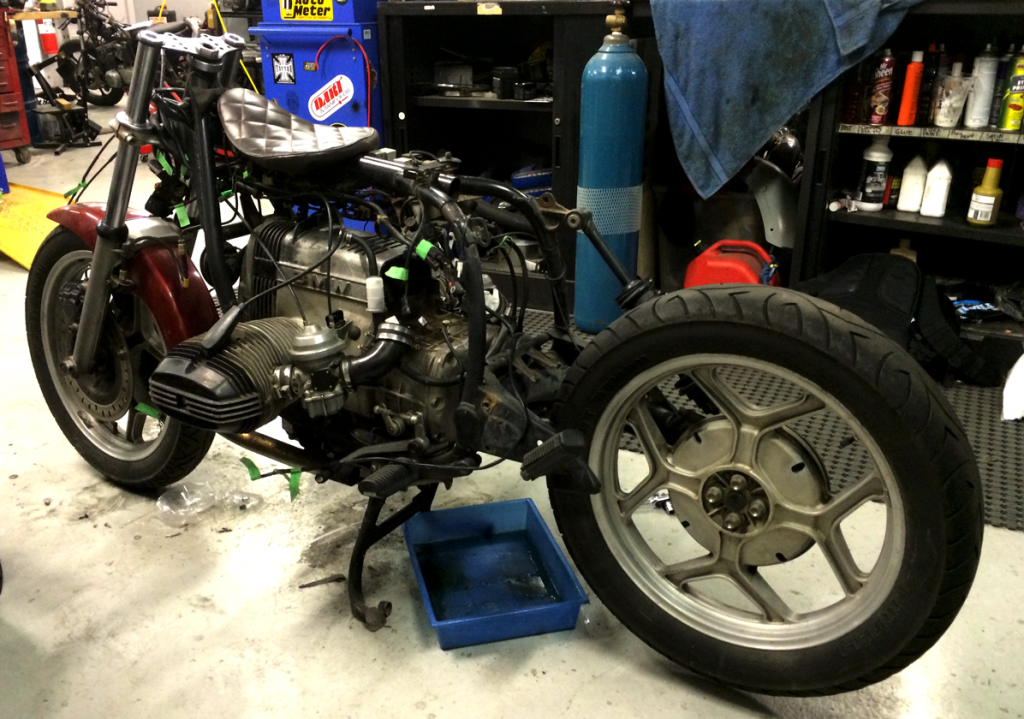 Time to start fabricating the sub-frame; I’m ridiculously keen to show off what I’ve got in mind, however I think it might be even better if I reveal it once it’s in place. I’m aiming to have a fair bit of development on that front in the next fortnight. In the meantime, I’ll be working on other aspects of the project and waiting on a large order from MotorWorks in the UK containing all the parts needed to overhaul the motor. I’ll likely throw another post up addressing that particular order, and certainly a post relating to the motor rebuild itself!