It’s taking a fair bit longer than expected to get the Honda CT125 running and on the road. I’ve spent countless hours working on almost everything there is that makes that bike “go”, but am yet to have her idling. I did manage to get her to fire up using starter fluid, but she died but a moment later.

I’ve received a lot (LOT) of helpful advice from a gentleman called Christopher who has been throwing great troubleshooting steps my way via a CT125 appreciation group on Facebook.

At this stage I’ve walked through the following:

– Rebuilt the carburettor.
– Set points as best I could.
– Tried setting ignition timing (point gap is open when the “F” marker on the stator hits the index mark, on compression stroke).
– Tested for spark by grounding spark plug against engine casing and then cranking the motor.
– Ensured that the exhaust header/muffler were clear of obstruction.
– Put fresh 98 octane petrol in the tank.
– Checked that the oil levels were okay.
– Ensured all screws/bolts on motor were tight (including the tappet bolts). 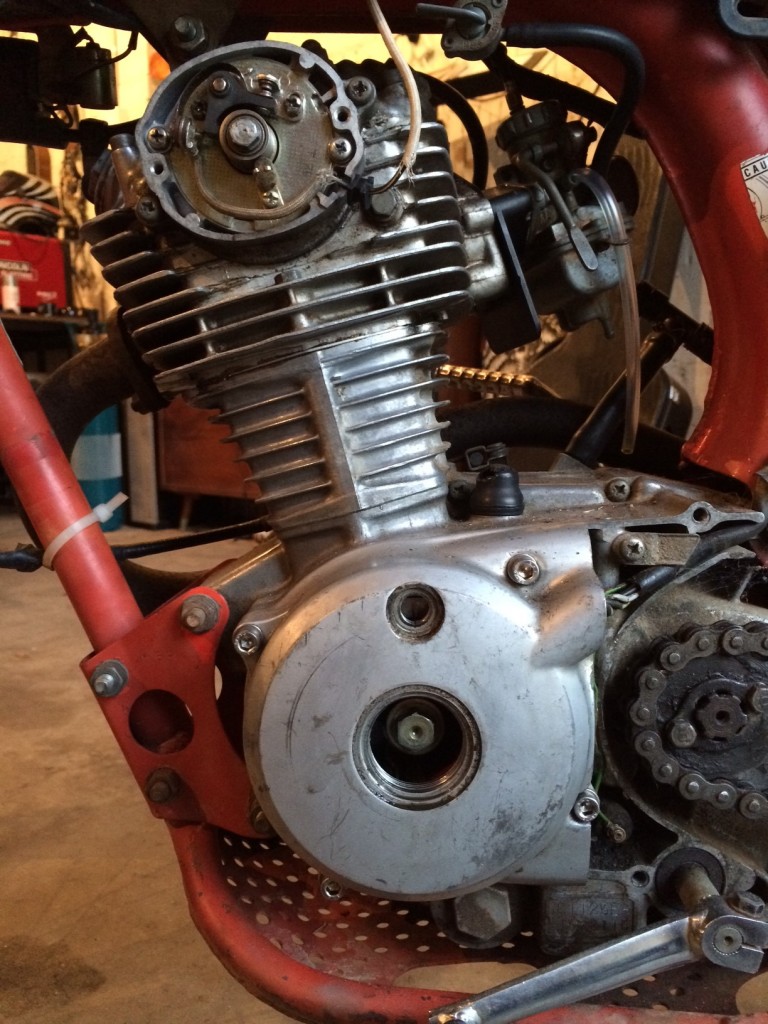 I’ve managed to confirm one thing after all my testing and troubleshooting and that is this – every single time I crank the motor, the spark plug gets wet by what seems to be petrol. I can confirm this is happening because I remove the spark plug, clean it (dry it) and replace it. Then I attempt kicking the motor once, and proceed to remove and check the spark plug again. Each and every time it emerges wet.

Now when it comes to working on cars… And presumably bikes too, a wet spark plug is 9 times out of 10, indicative of a “no spark” issue. The spark plug is unable to ignite the air/fuel mixture and so it gets wet. This then leads to flooding, which in turn makes it even more impossible to get the motor firing. In my case, I know that I have spark as I can see a big blue spark consistently appearing when I crank the motor and anchor the spark plug to the outside of the engine. My suspicion here is that my spark plug is firing (or at least trying to) when it is installed, but it is getting wayyy too wet too quickly which is perhaps creating a circuit around the edge of the spark plug, causing the spark not to “jump” at the spark plug tip as it should. I might add that I’ve been recommended to continue my testing with a brand new spark plug to ensure that I’ve ruled ignition spark out as the culprit – so I will pick one up soon also! 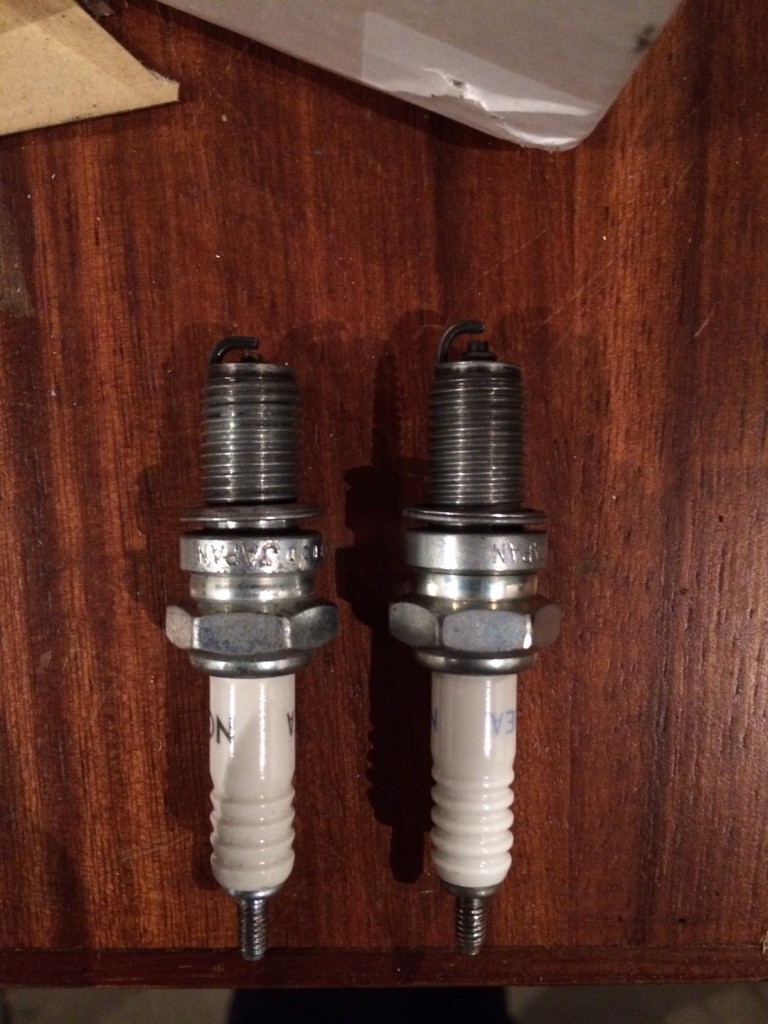 Given this information, it sounds like I have a fuelling problem. While I have rebuilt the carburetor on more than a couple of occasions, I would naturally love to try trading this out for one I know is working as expected. Unfortunately, the two carburetors I have for the CT125 are (probably) similarly badly tuned, and until I get her running, I am not experienced enough to tune them. Now another point of interest is (and to my frustration it appears) that the previous owner of this Honda CT125 tried to lazily get to the bottom of this mystery himself. I can’t say with certainty, but it appears that the top-end of this motor has been played with. I am beginning to think that the only way that I am going to get to the bottom of this mystery, is to take a step back and pull the motor out, at which point I will likely rebuild the top end. 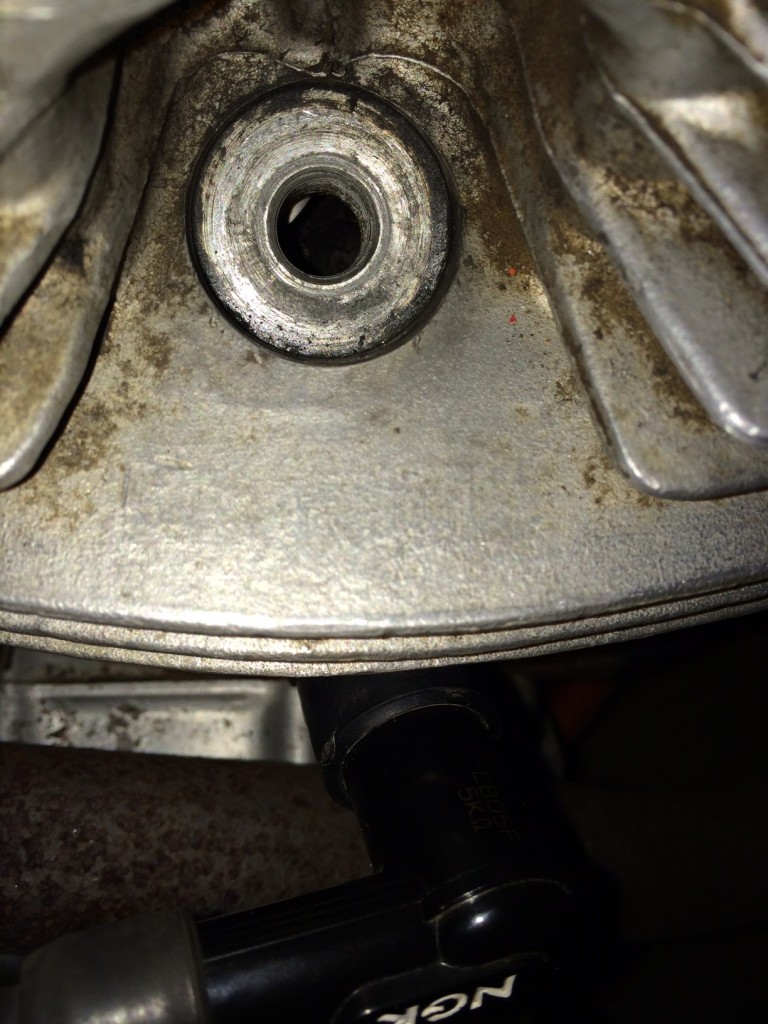 Pretty “Grimey” In There

If I’m feeling adventurous tonight, I might get things started.