Wow… Where to begin?

In the time since my last post, I’ve made the decision to move back in with the olds. I’ve packed up my workshop and relocated it to a garage/workshop kindly offered to me by my aunt and uncle in a neighbouring suburb. In addition to this, I’ve moved current projects to Ren’s workshop (Rene9ade Customs) where he’s been kind enough to let me work on bikes and utilise his tools and expertise. 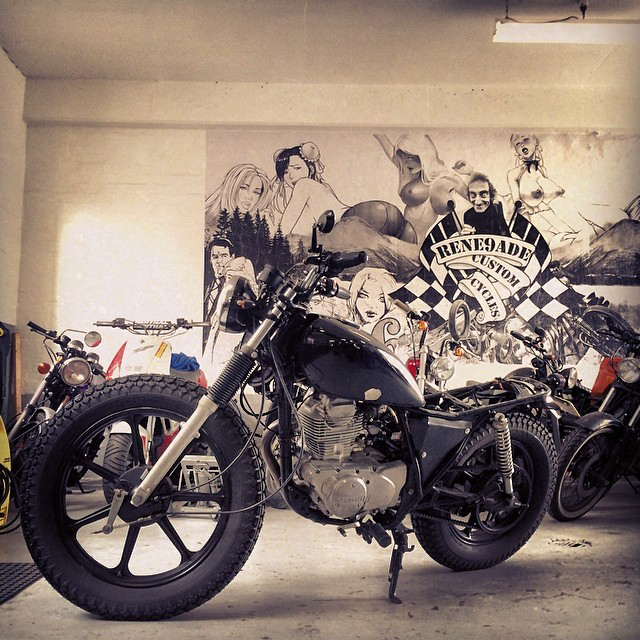 On the topic – the picture above was taken roughly around 13th April 2014 and over the month that followed, the Kawasaki KZ250 project came a looooong way! At the point of writing this post, she’s almost complete. There are a few final points to cover before I sell her on, but for the time being, she’s registered and she’s damn satisfying to ride! 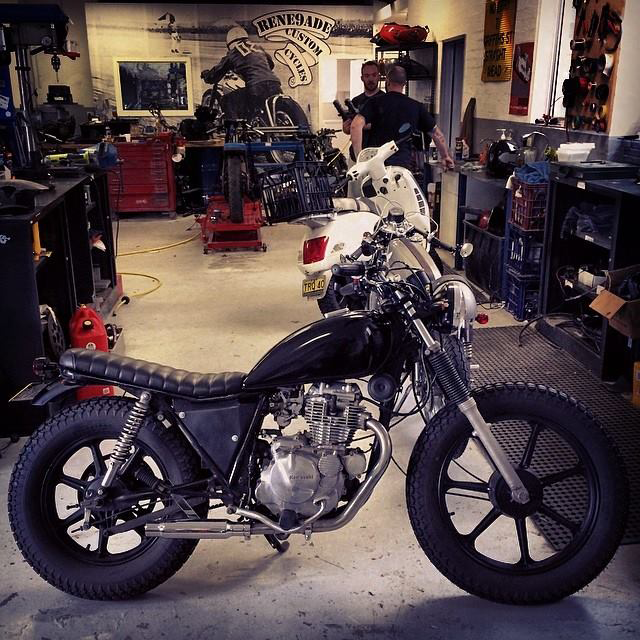 The KZ Almost At Completion

Though it’s not present in the image above, a super low profile front guard has since been fabricated to satisfy the bullshit Australian Design Rules (ADRs). The tank that she’s wearing in the picture is in fact a different KZ250’s identical tank that was in far better condition. It has been professionally stripped back, cleaned up and painted satin black. Many further modifications have also been completed since (including a full electrical re-wiring) though that is a story for another day.

The time is almost upon me to part with the Kawasaki KZ250, but fortunately it will be going to a good home – a close friend who is to be acquiring his learners permit in coming weeks. The coin I’ll receive from the sale of the KZ will be put towards a personal build I’ve been wanting to do for the past year – a BMW “airhead”. I’ve spent months upon months and perhaps even years positively yearning to start work on an airhead project of my own. The past year has seen an unbelievable resurgence of popularity surrounding these unreal machines. Perhaps it’s the aesthetic that a flat twin motor arrangement brings… Perhaps it’s just the international popularity and success of workshops like Blitz Motorcycles who have builds that are very much focused around BMW air-cooled twins. Whatever the reason for this exponential increase in popularity, I knew that my time was now limited – there would come a point when I would no longer afford to take on an airhead of my own due to the rapidly inflating price-tag.

That said, I’ve sourced and picked up a 1986 BMW R80 RT of my own. Without giving too much away, she wasn’t running, and she was located interstate (in Australia Capital Territory [ACT]). Work has already begun on this project and I intend to throw a bunch of content pertaining to its progress in coming days. 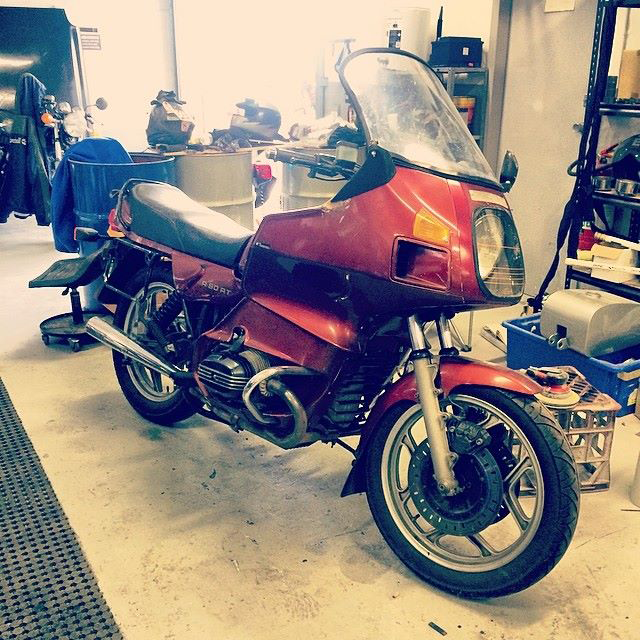 Old (and not in the good way) and incredibly scrappy – the above picture shows just how she looked when I brought her into the workshop. Needless to say the heated grips, the air vents, the perspex canopy and the glove boxes were not exactly selling points for me. The project will involve the removal of all the plastic fairings visible in the above picture. In order to assist with planning this project out, I spent a little time whipping up a sketch in Photoshop of the rough goal: 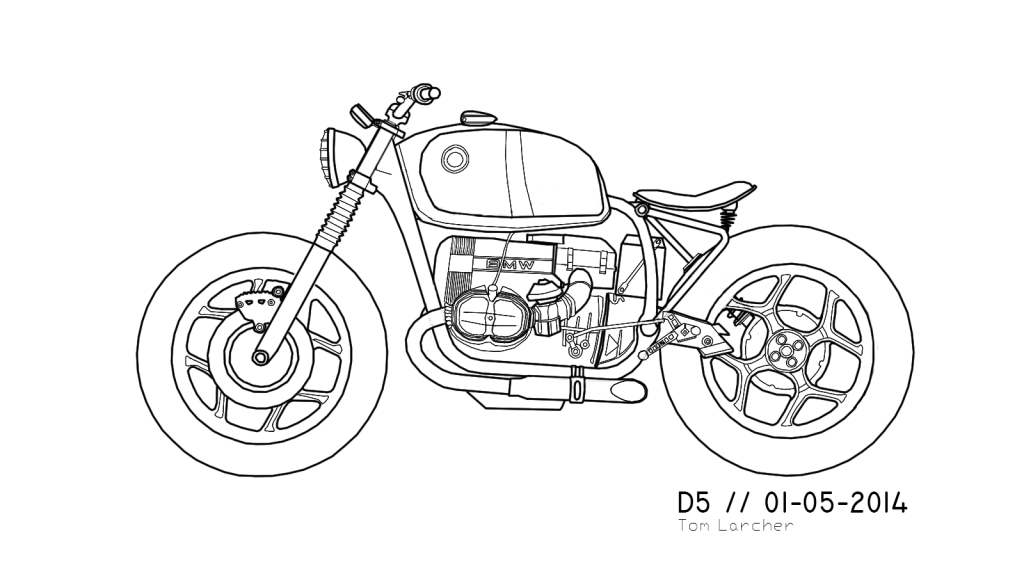 Although the end product will be vastly different to the design plan, it is definitely the rough inspiration I’ll have in mind during my work.

In an effort not to ramble on, I’ll wrap things up there. I will be aiming to revive this site considering my motorcycle work has reached a degree of stability once more. This time however, I’m far better equipped to tackle the various obstacles that come up during your average motorcycle build.