The lead up to the GP this year was stressful for me; fund draining and just nerve racking. A week before I was meant to leave for Phillip Island for the MotoGP, I started having troubles with my bike. My 2012 Kawasaki Ninja 250R had lost more then half of it’s power and I couldn’t even beat a truck off the line! This was making my trip to Phillip Island look like a 4-wheeled trip I did not want to do!

The next Friday came around and it was time to leave for the island. An hour before I was leaving with two others I got the call that my bike was ready to be collected. I took a huge gamble which ended up paying off. I picked up the bike and “yolo’d it” – setting out on the trip not knowing whether my bike was fixed or not, or whether I would even make it.

We stopped off at a service station about 30 minutes into the trip to fill up and when we set off again we were forced to stop once more, about 2 kilometres down the road since one of us lost our phone… Fortunately it turned up moments later in a pants pocket and we re-commenced our ride. The bike made it all the way to the island with no trouble what so ever.

Upon getting to the island it was clear what this weekend would be like on the roads; bikes and police were everywhere! It was a little boys dream, watching the crazy amount of high powered bikes rolling around! We headed towards our accommodation that was quite close to the race track and upon our arrival we were greeted by our friends. We were promptly shown around the second floor deck area and were told to go up and check out the rooftop deck which was a great feature of the house where we were staying at which had an amazing view of the ocean… Without hesitation, we proceeded up the stairway to the rooftop deck and upon our arrival, we were greeted with a truly breathtaking view… Cambo lying in a truly provocative pose on a deckchair, completely naked! At this point, I’d never met Cambo before, and receiving a glorious hug from a naked man truly broke the ice making it one of the most memorable greetings I’ve had to date (nohomo). We then proceeded to get drunk and catch up with old friends!

Saturday came around and the first day of our track visits. We walked to the track and saw motocross, bike exhibitions and most importantly the practices for the race and qualifying which would be happening the next day. The amazement I felt when I first saw the GP bikes! I couldn’t believe it! I had watched countless races on the television but all of those were nothing compared to this! Watching them ride around the track you get a whole different view as to what they do, watching them go around small bends at over 150 kilometres per hour it just looked like they were floating! After the practices we ended up walking home sunburnt but still the happiest kids alive! 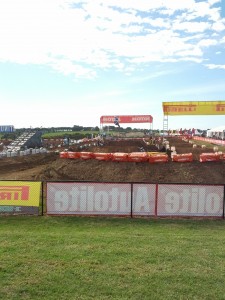 The day came of the race and all of us were over the moon to be there, watching the races just made me want to do this all the more the next year! I don’t want to ruin anything for anyone who’s reading this who hasn’t seen the race but I will say this, Possibly one of the best races this year! And not due to seeing it live, the outcome of the race made me mad with excitement!

… Anddd to top the weekend off I saw Tom squidding it up on an R1 (because lets be serious, everyone knows Yamaha R1 riders are squids) 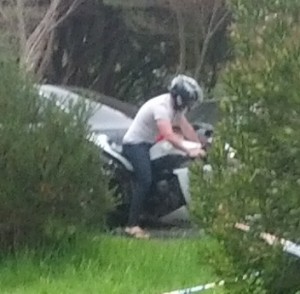 All up the weekend was unforgettable and next years will be even better. Since I’m moving to Sydney at the end of this year, I will be riding down from NSW in 2014, which should make the trip a ton better!