You probably won’t believe me…. In fact, I barely believe it myself… But I have an eye witness… Unless they’re a figment of my imagination also…

While mocking up some rear sub-frame ideas for the BMW R80, it was brought to my attention that something appeared to be blocking the centre-top tube section of the R80’s frame. Upon closer inspection, there was in fact something stuck within. Peering into the dark depths of the frame, there looked to be something remotely shiny approximately 10cm into the tube…. It appeared to be a lock of some kind, somewhat resembling an ignition tumbler.

Now I know that the Germans are renowned for their innovations in the motorcycling world… But an ignition within the frame? C’mon…. That’s something you’d expect of a brand new Hyosung.

With a set of needle-nose pliers I got a purchase on the tumbler and started to gently pull. The object moved with unexpected ease and within moments the lock was clear of the frame… But that wasn’t it… The lock continued on with a red tube section that at first looked like insulated wiring, but soon that notion was quashed. I continued to extract this… Thing… And was increasingly amused and surprised when it revealed itself to be an old red bicycle lock.

Yeaaaahhhhhh… If you’re reading this (and have an equally as perverse mind as I), you might be prompted to think of just what else people might have within their motorcycle frames without their knowledge. I can’t help but chuckle at the idea of a future scenario where I’d put a big’ole sex toy in a motorcycle frame for some poor sod’s later discovery. 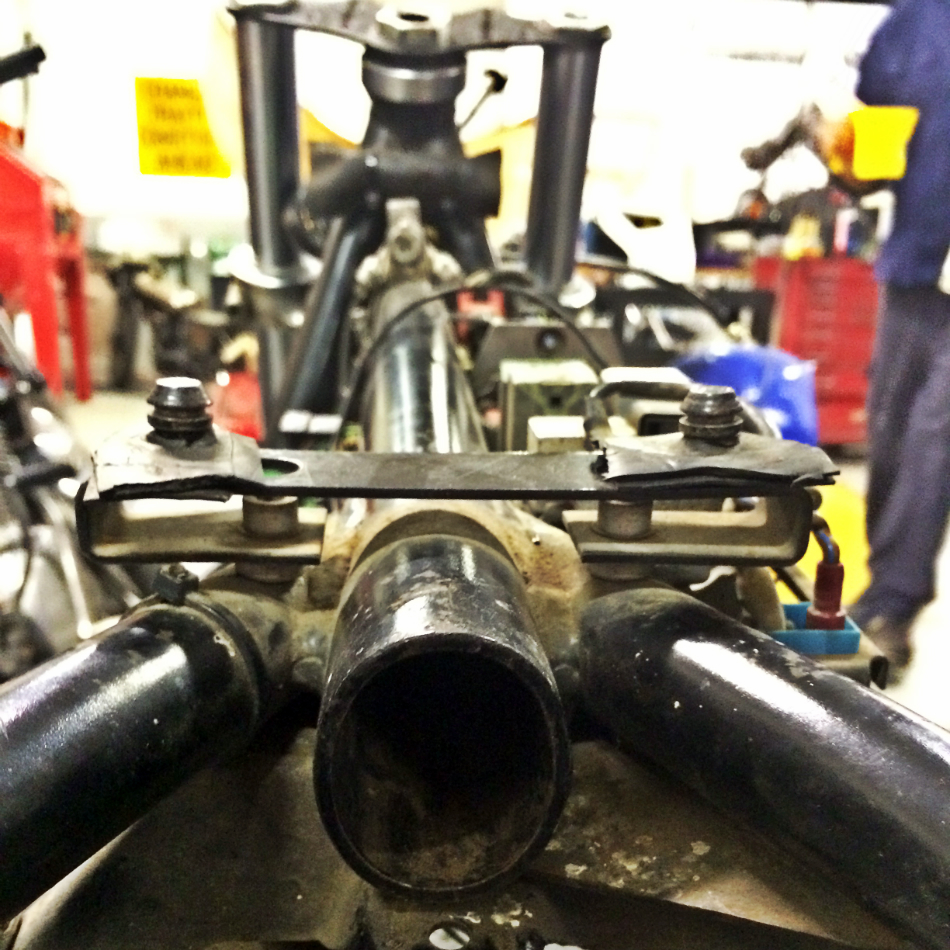 The Dark Depths Of The BMW Frame 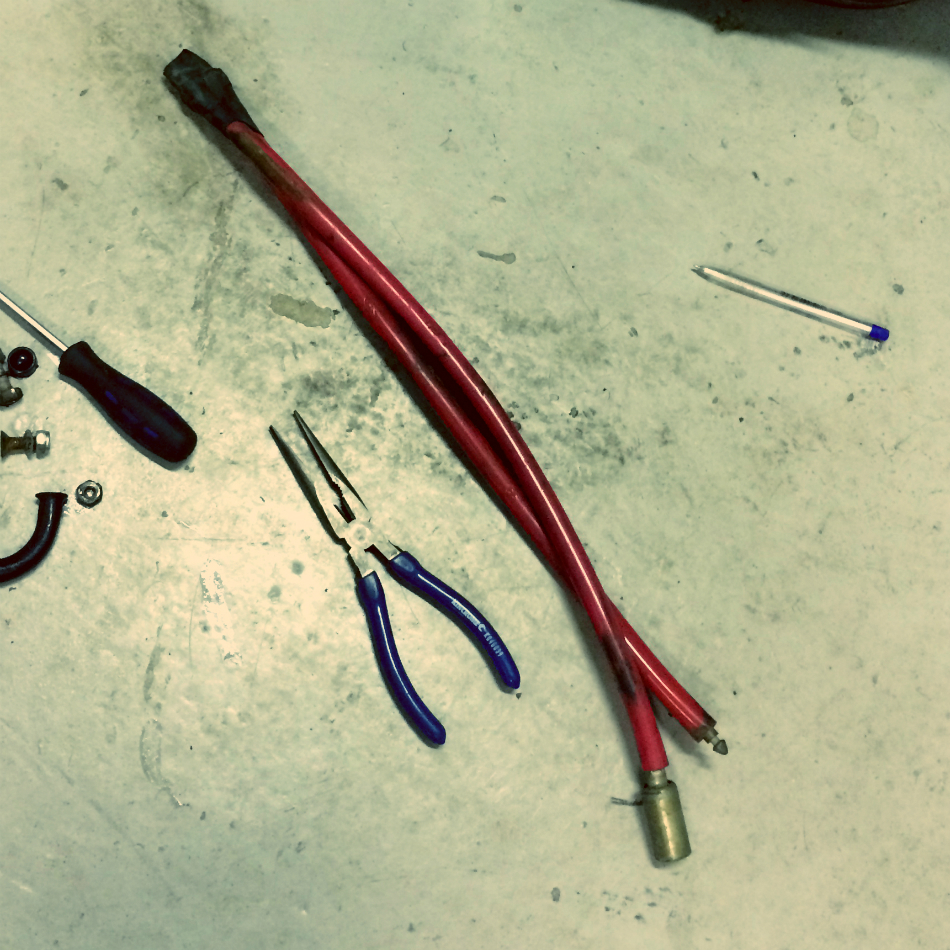 The Bike Lock That Emerged

This little gem will certainly remain up there with other “wtf” moments shared while rebuilding old bikes!

The mystery is solved! Thanks to information provided by Kent Bibby, all this craziness now makes perfect sense. The excerpt below is from a BMW R100 manual and it not only depicts the exact bike lock that I retrieved from the frame of my BMW R80, but it goes as far as to recommend that it be stored in the main frame tube where I found mine! Now that I know this is a factory accessory and is apparently stored within the frame on purpose… The mystery is no more… That said, I still find it downright amusing that it is a factory standard! 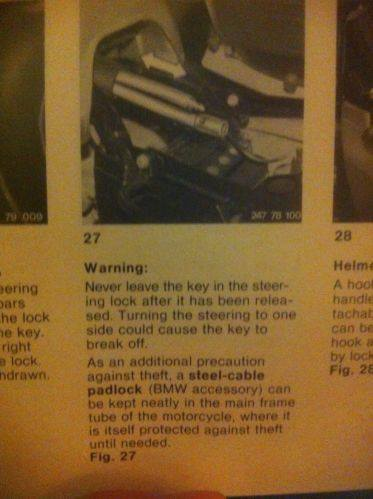