Yet another round of parts ordered from MotorWorks UK have arrived. Contained within are predominantly speciality parts for bringing my BMW R80 build to completion (as well as some parts to replace the old, tired ones and “dress up” some aspects of the motorcycle).

I was fortunate enough to have Sam and Damo require parts from MotorWorks also, so we put through a group order to save on postage costs. 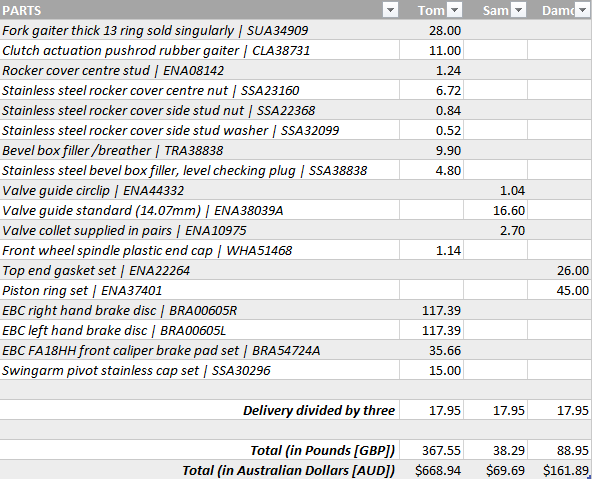 When the order arrived, I immediately got to fitting the parts that I’d received. Off came the original brake discs and on went the new EBC brake discs.

Before refitting the front wheel and forks, Ren and I made sure to tap two new holes in the under-side of the lower triple-clamp – this will later be used to mount a bracket for the 5.75” Bates style headlight I have on order.

Once that was done, we refitted the front-end. A little trickier than first expected (made tricky by the bottom brace initially interfering with the fork gaiters), the front-end was eventually returned to the frame. 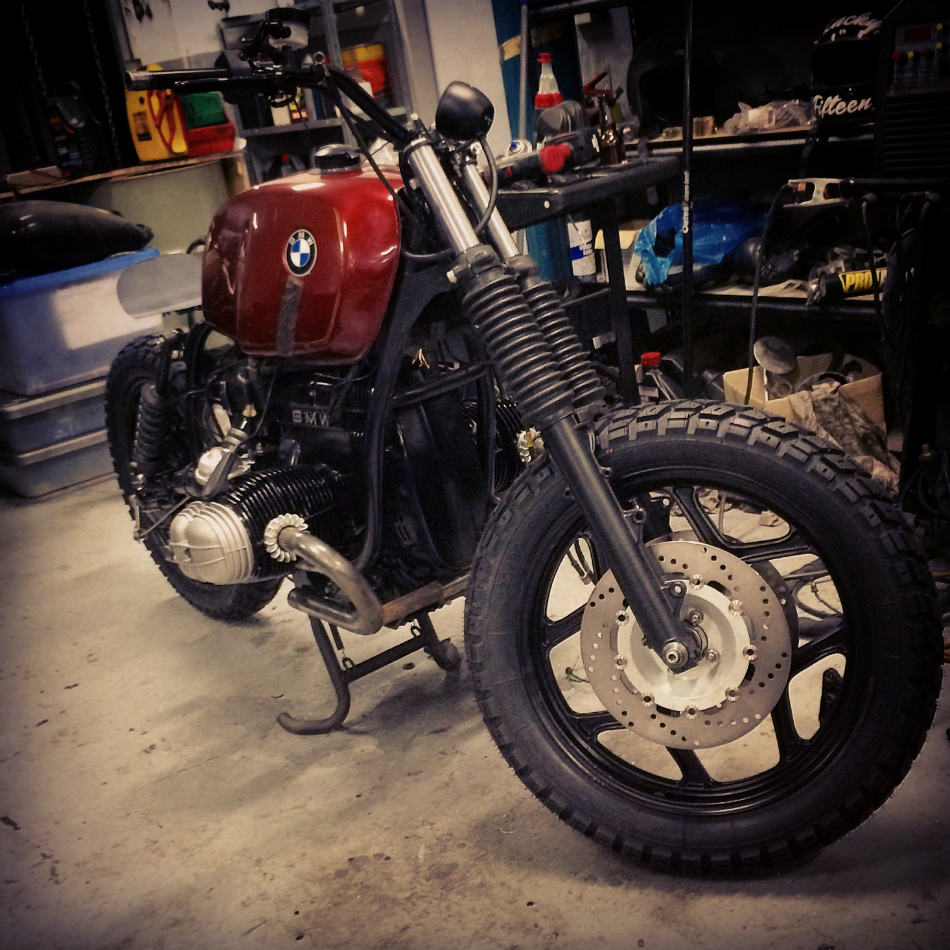 Aside from the missing headlight, everything that belongs tot he front suspension is now in place. Aside from adding fork oil and refitting the Brembo brake calipers there shouldn’t be anything left for me to do up front.

I’ve received a Biltwell “Whiskey” throttle assembly to fit to my 7/8” bars which will be going on shortly also. 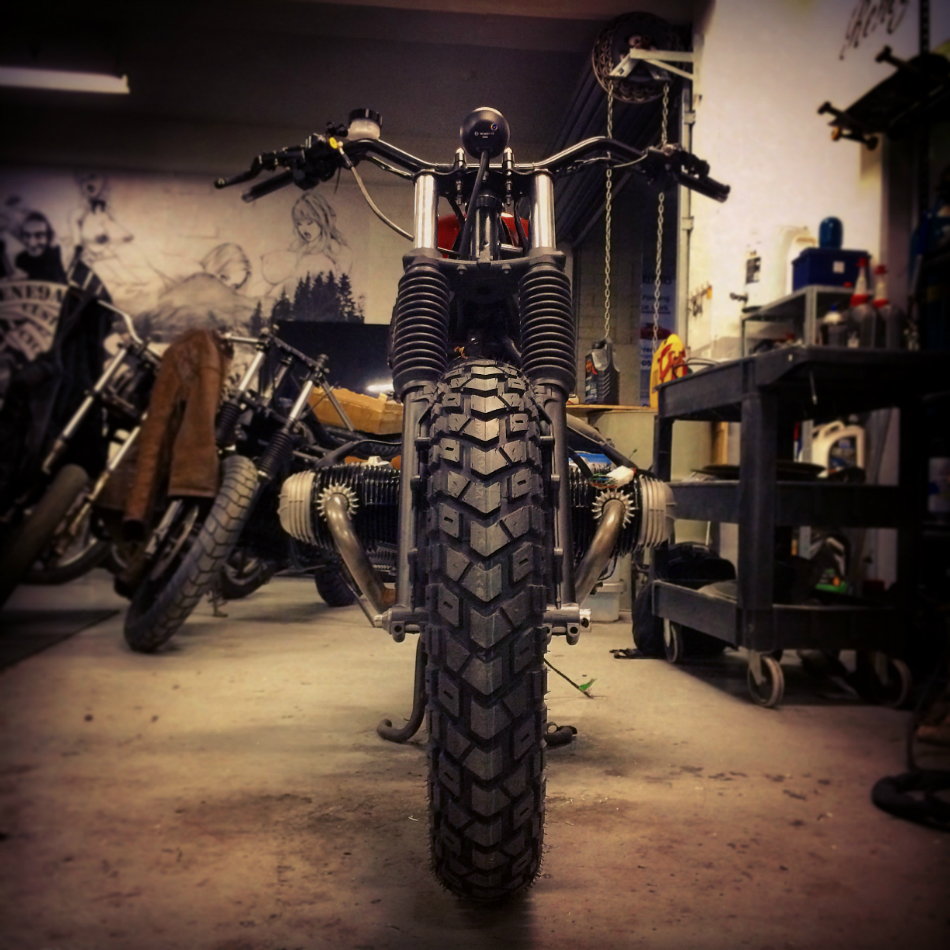 Front End Back Together

Just a short one today as things have been frantic this past week. I’ll hopefully get a moment to make further build-related posts in the next couple of days.