Now that the motor is running, it’s time to focus on getting the motorcycle looking like a motorcycle!

Off came both of the wheels (again) to enable me to prep and paint as much as I could over the weekend. Since the front-end of the R80 touches the ground when the motorcycle is placed on its centre-stand, I propped up the sump in front of the centre-stand to liberate the front wheel. 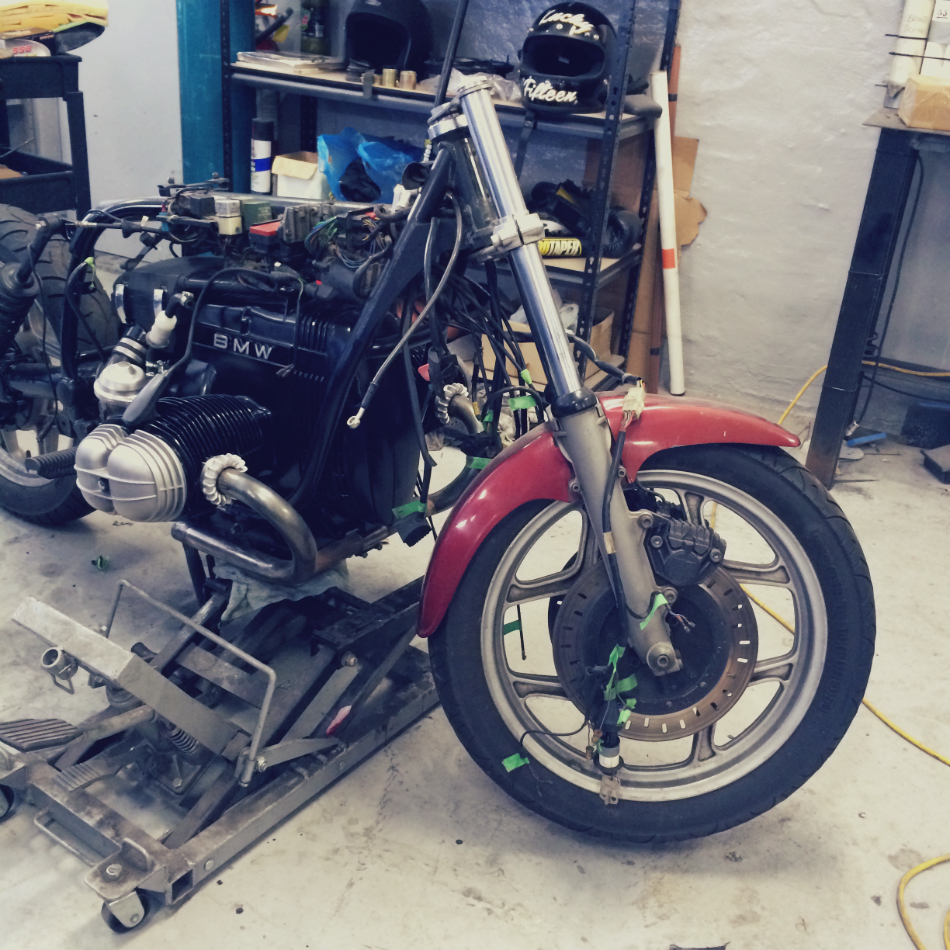 Six odd bolts out and the wheel was clear. 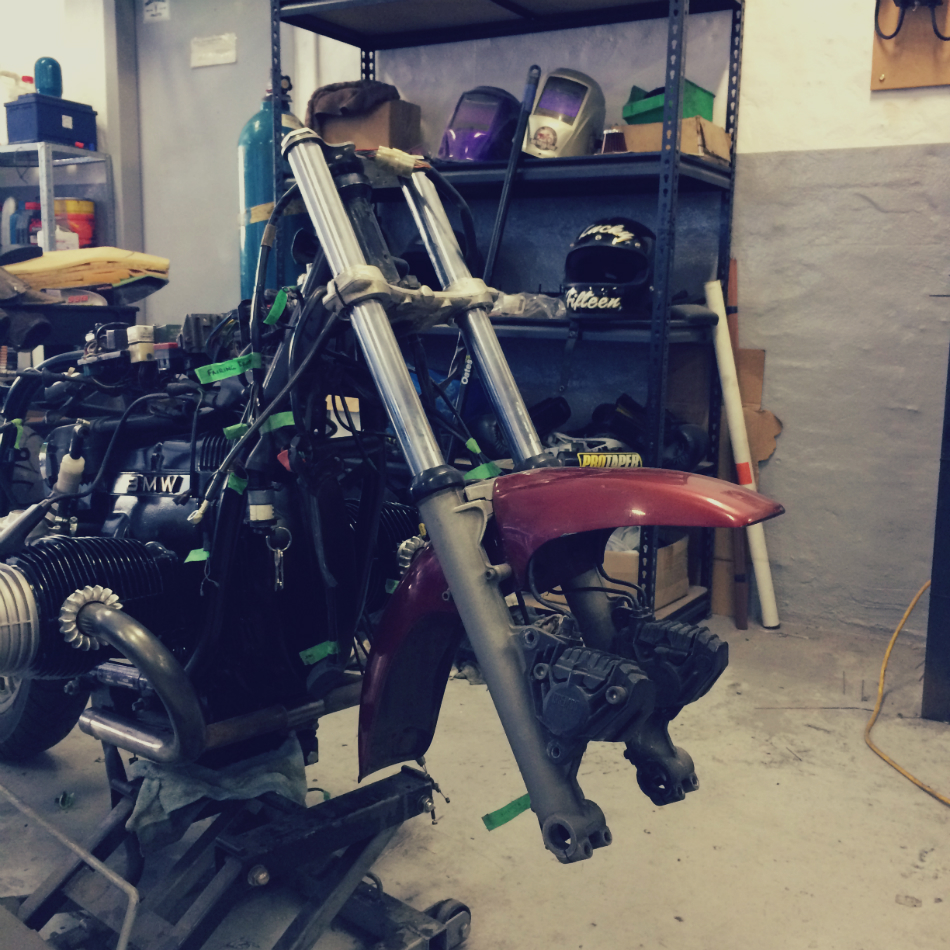 The forks were a little trickier as they didn’t want to leave the triple clamps. A bit of gentle convincing with a rubber hammer and some twisting and they came out. 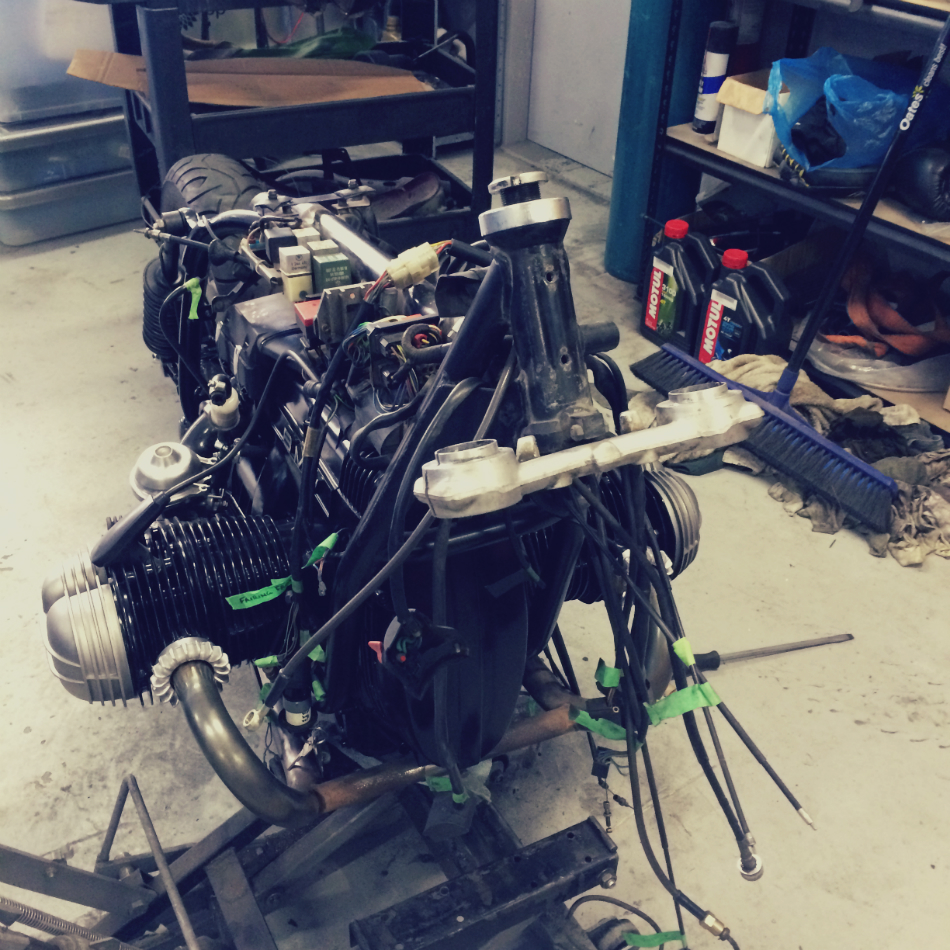 The triple-clamp lowers that remained were a piece of cake to remove and before I knew it, I was ready to prepare and paint the parts that had been removed. 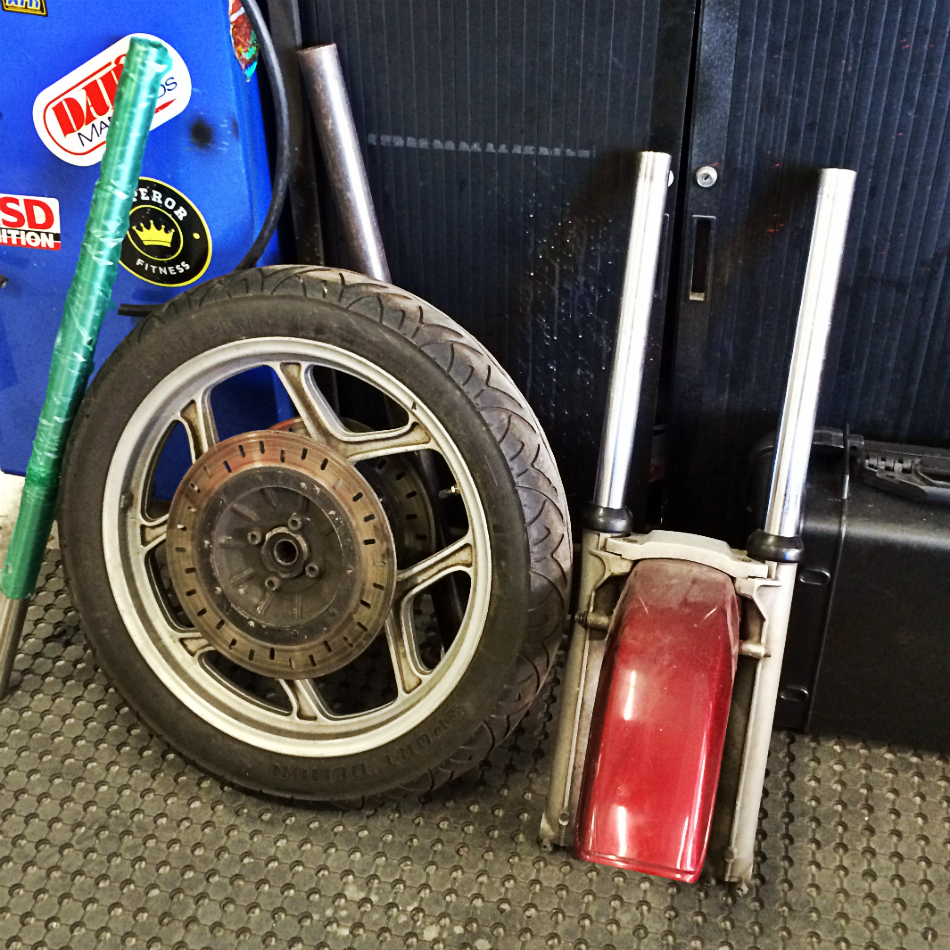 I started with the smaller stuff and worked my way up to the larger parts. Anything I could fit in the sand-blaster received that treatment, while the remaining parts were thoroughly de-greased and cleaned using Prepsol. 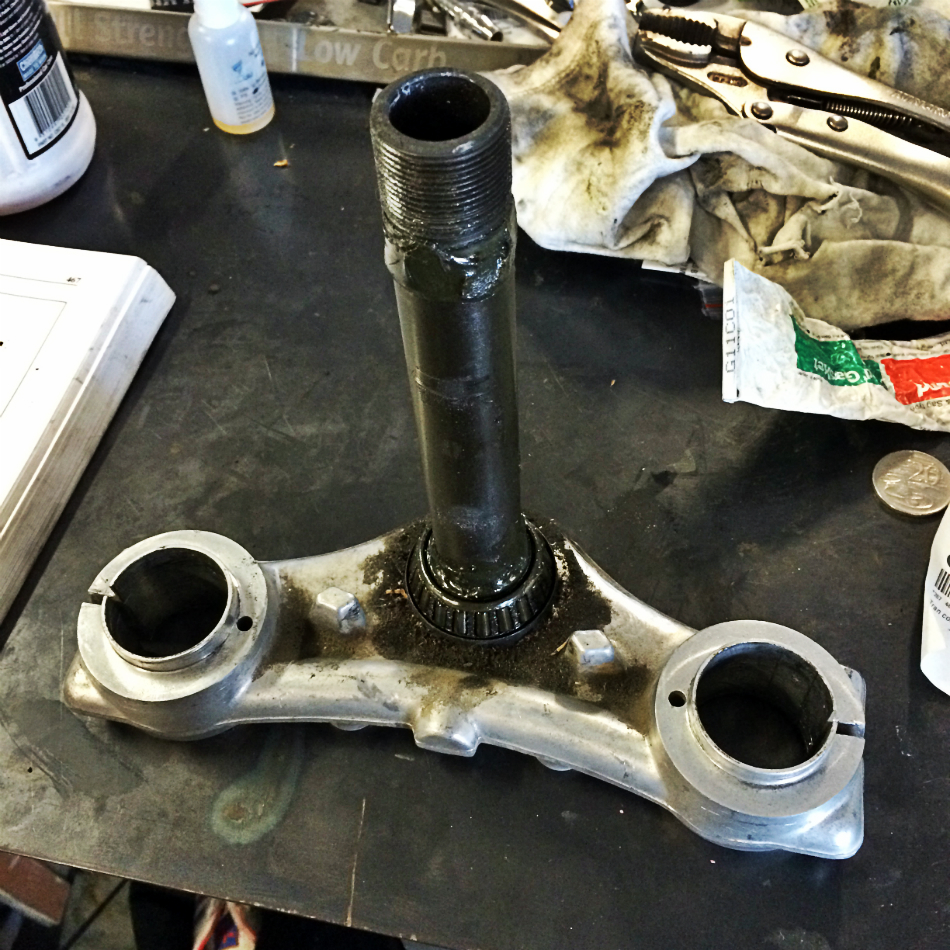 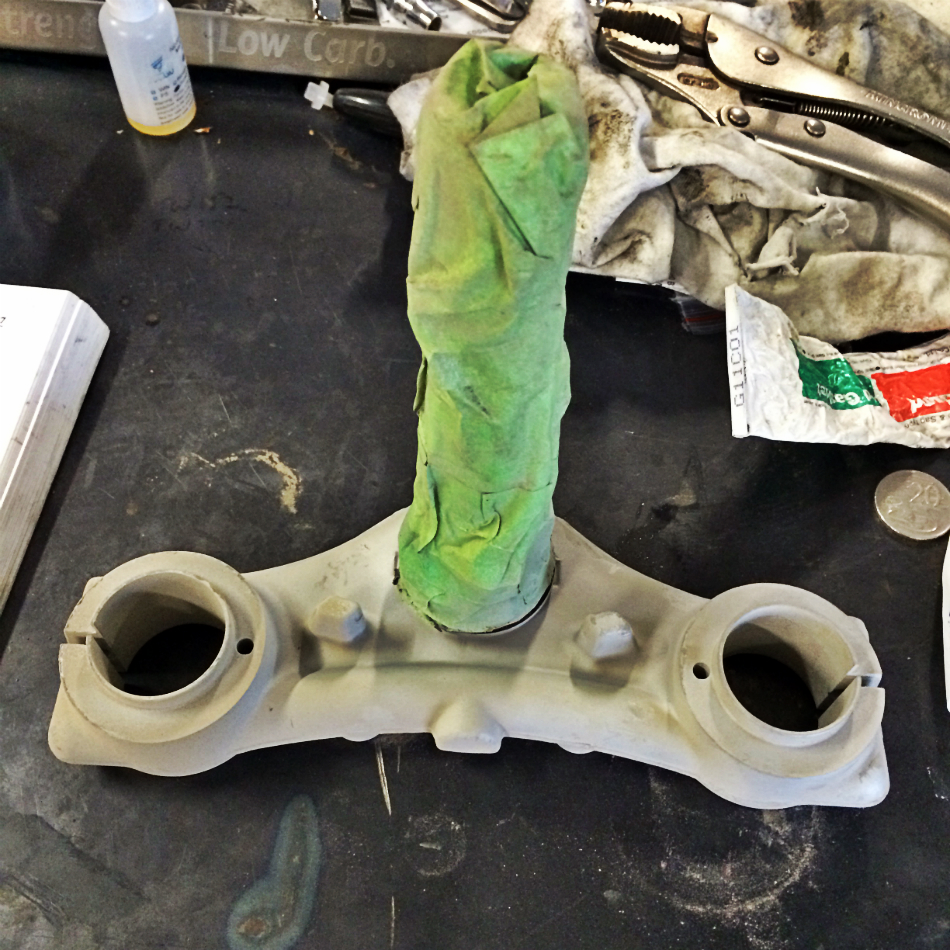 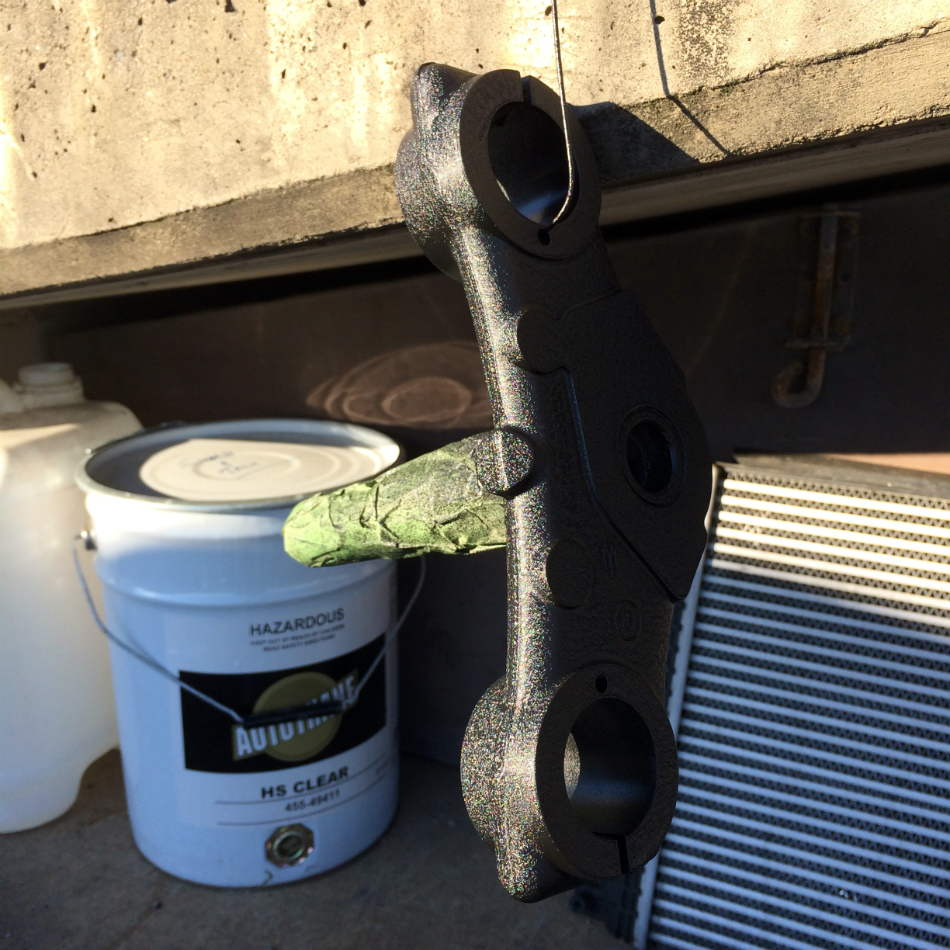 The forks juuuuust fit in the sand-blaster, so I got to clean them up super quickly. 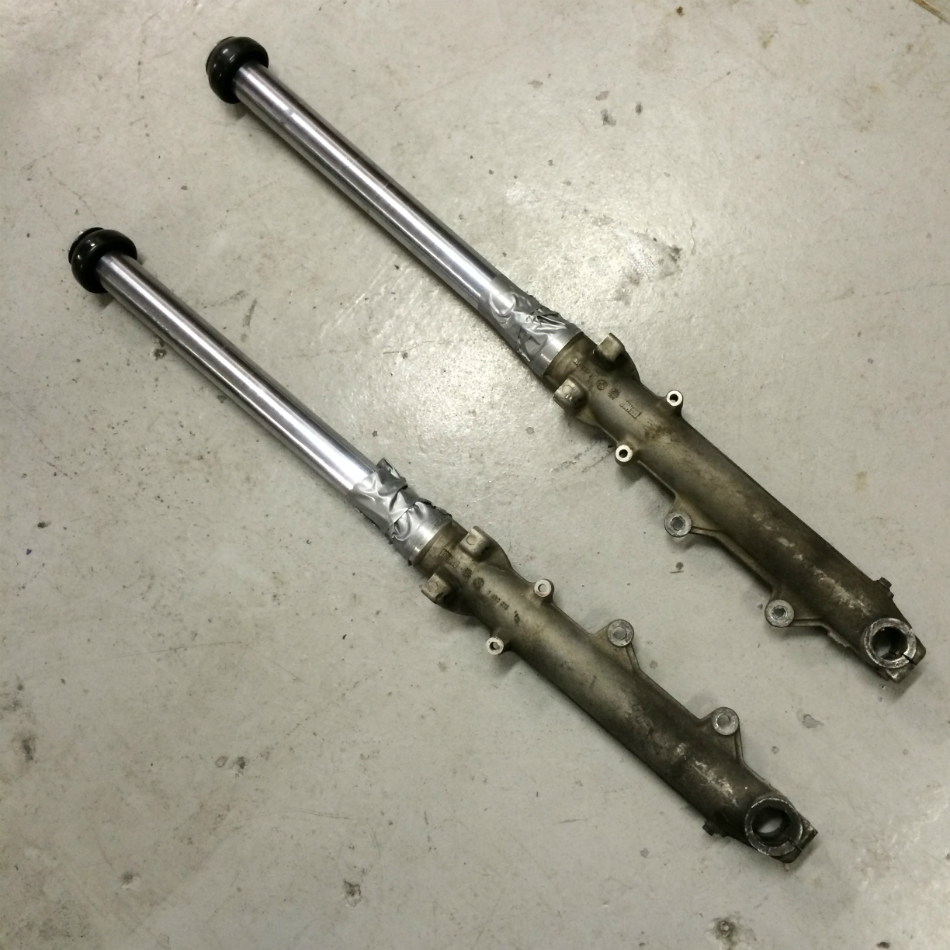 Forks In Need Of Paint Preparation 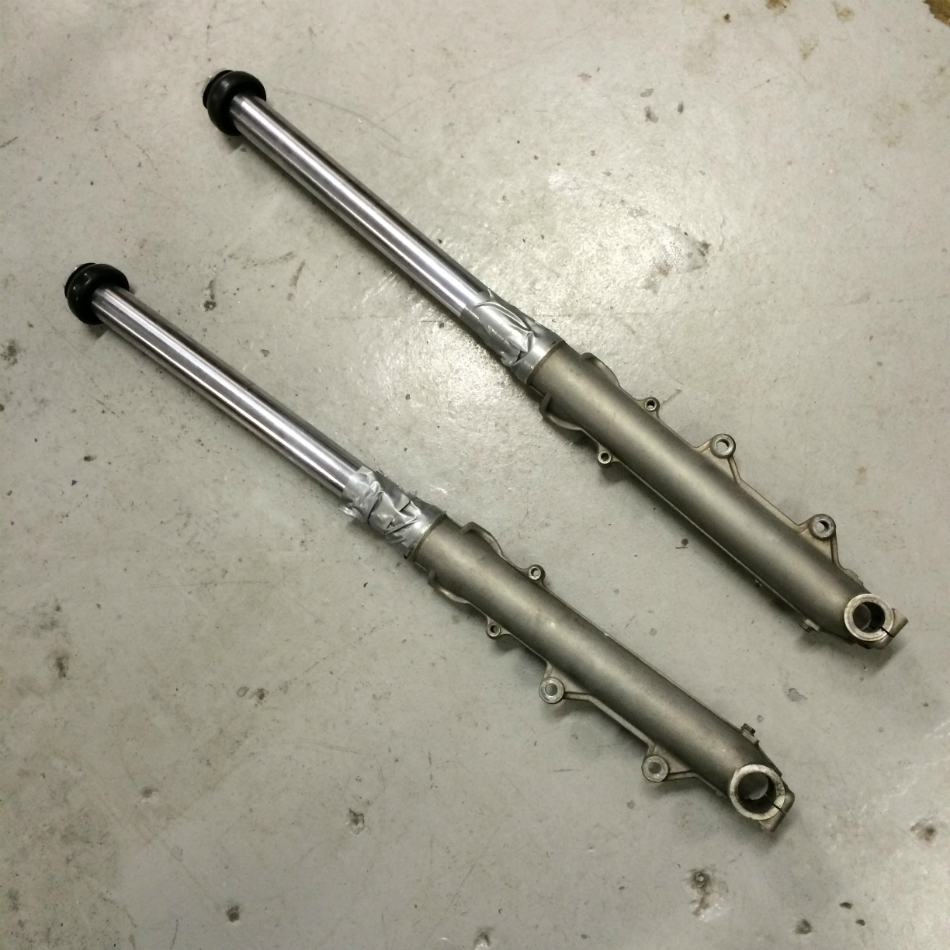 The Fork Outsides Weren’t As Terrible As The Insides 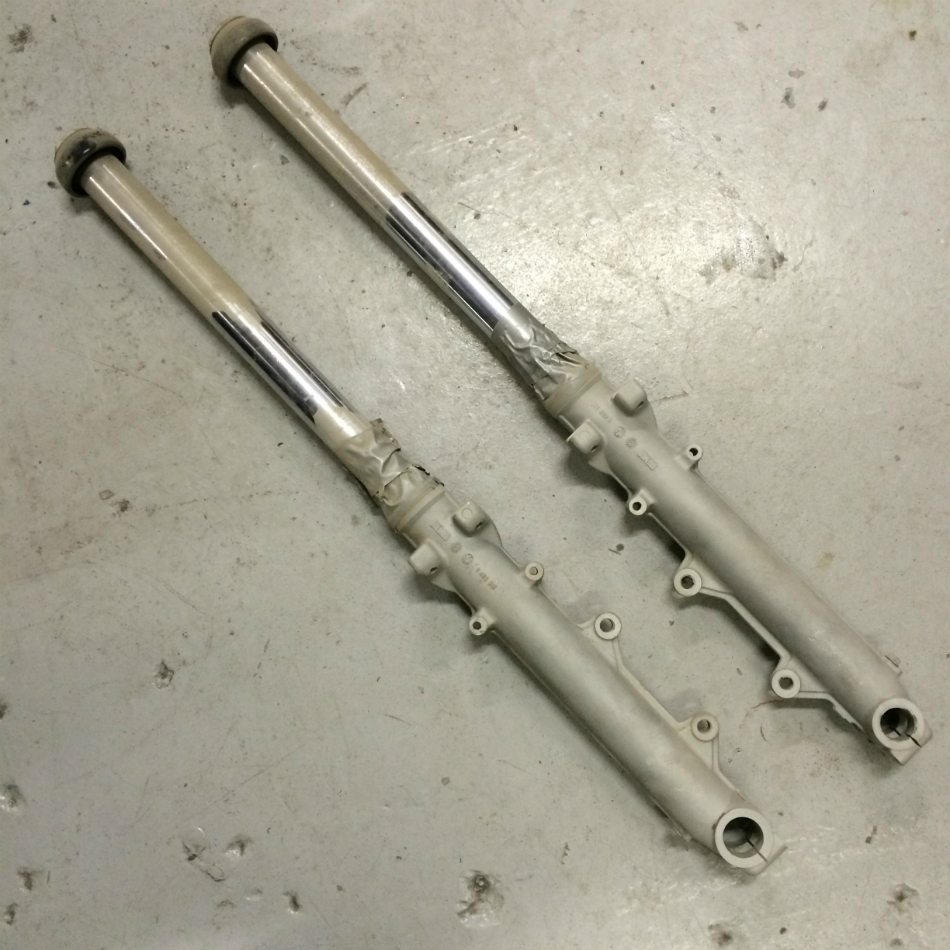 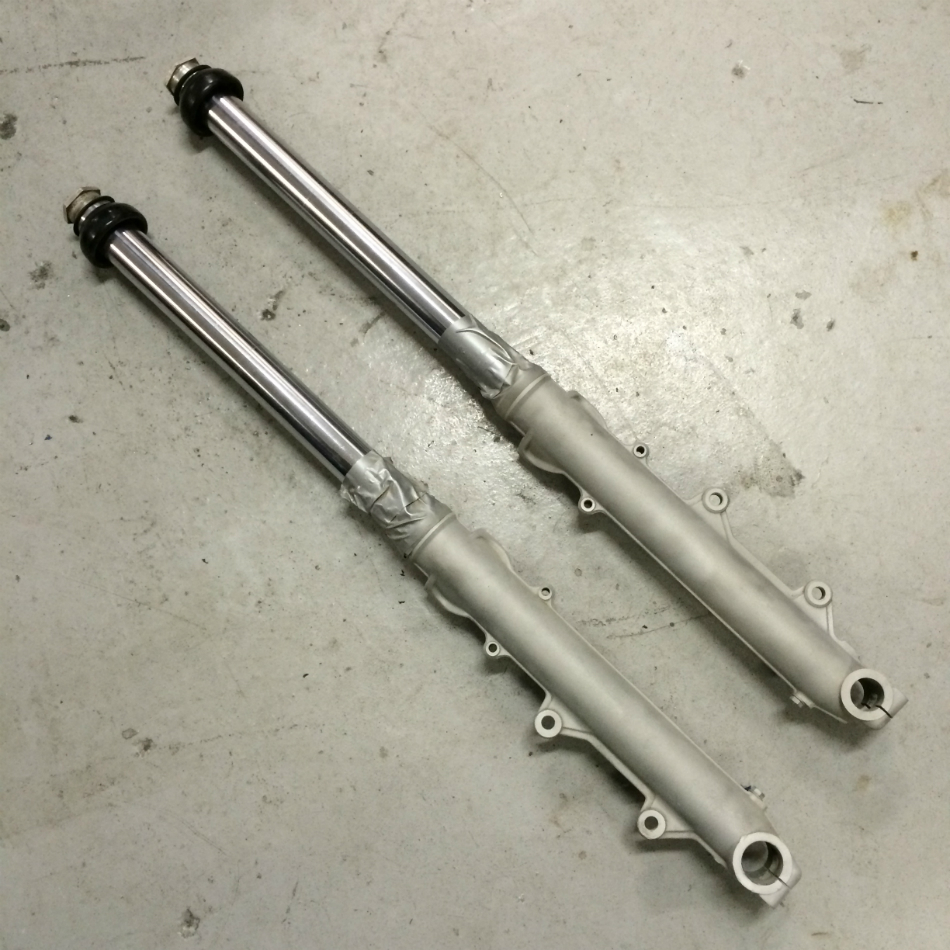 I removed the brake discs from the front wheel and gave them a sand-blast also: 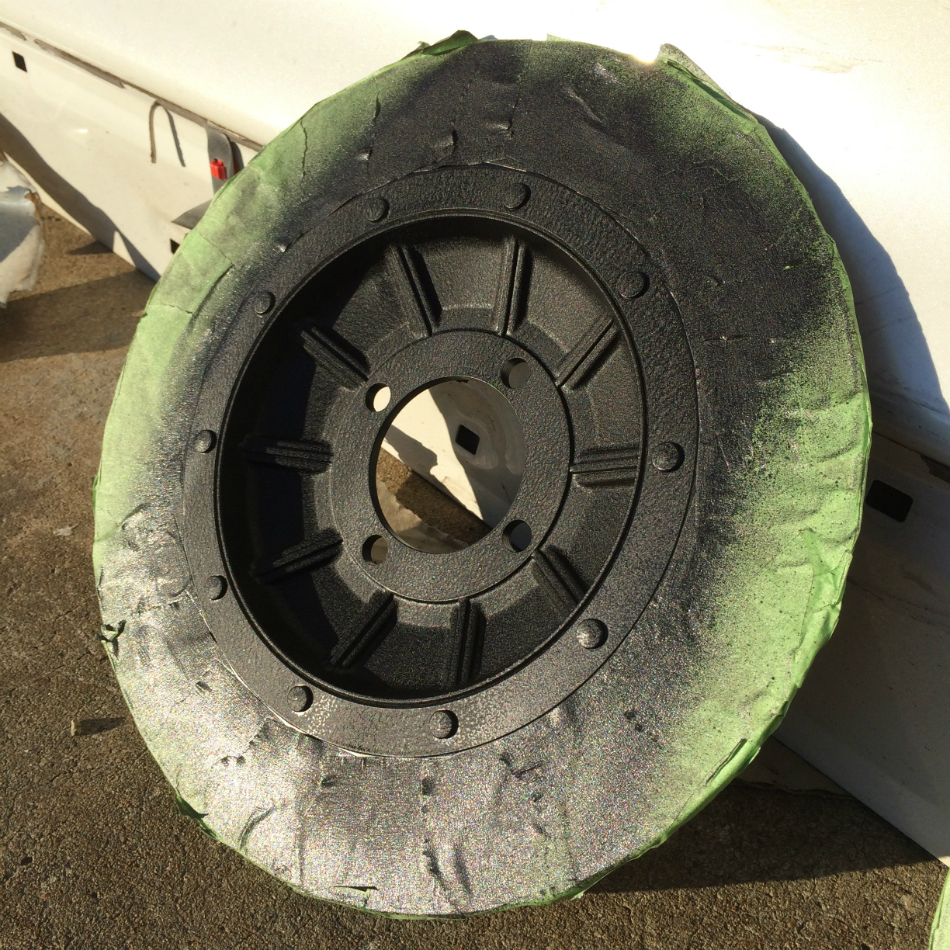 With the smaller stuff out of the way, I started work on the bigger parts. 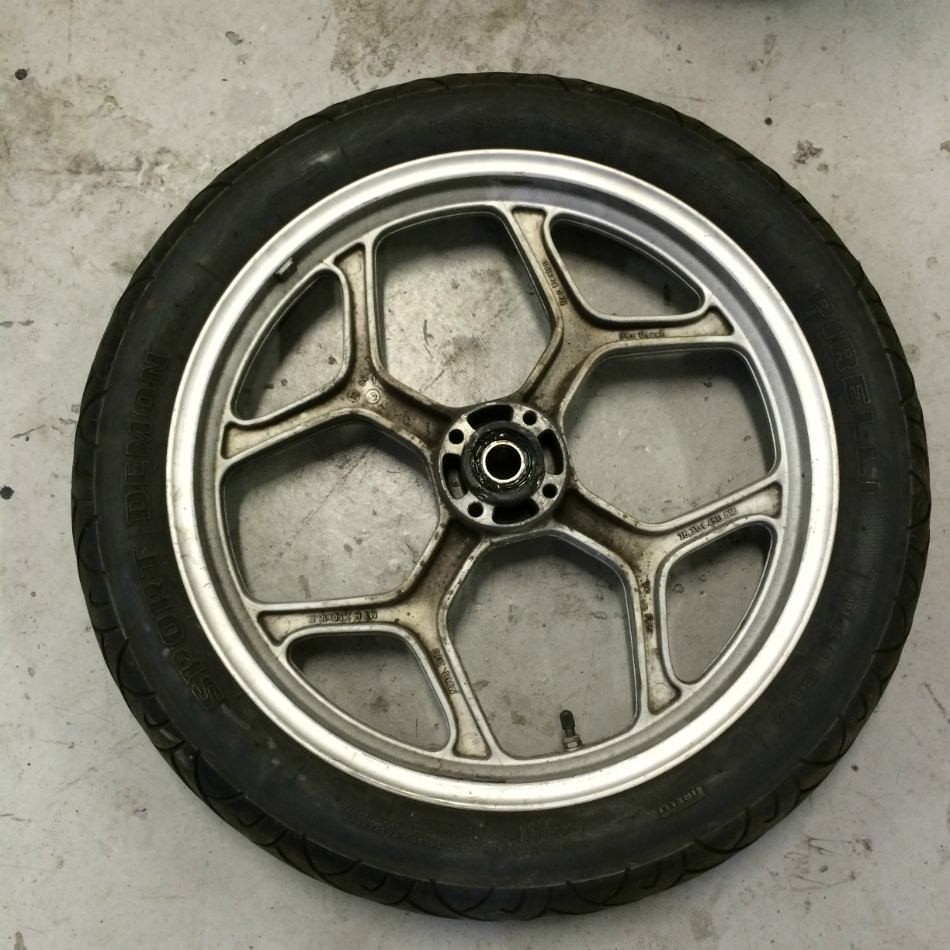 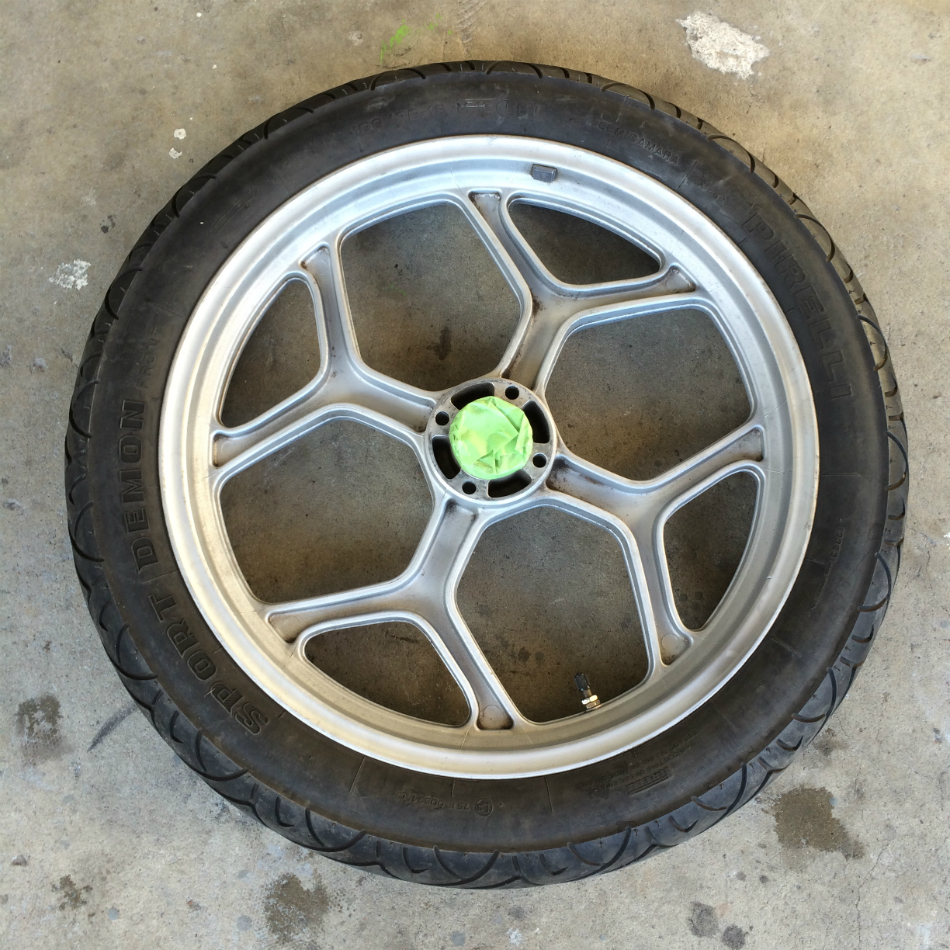 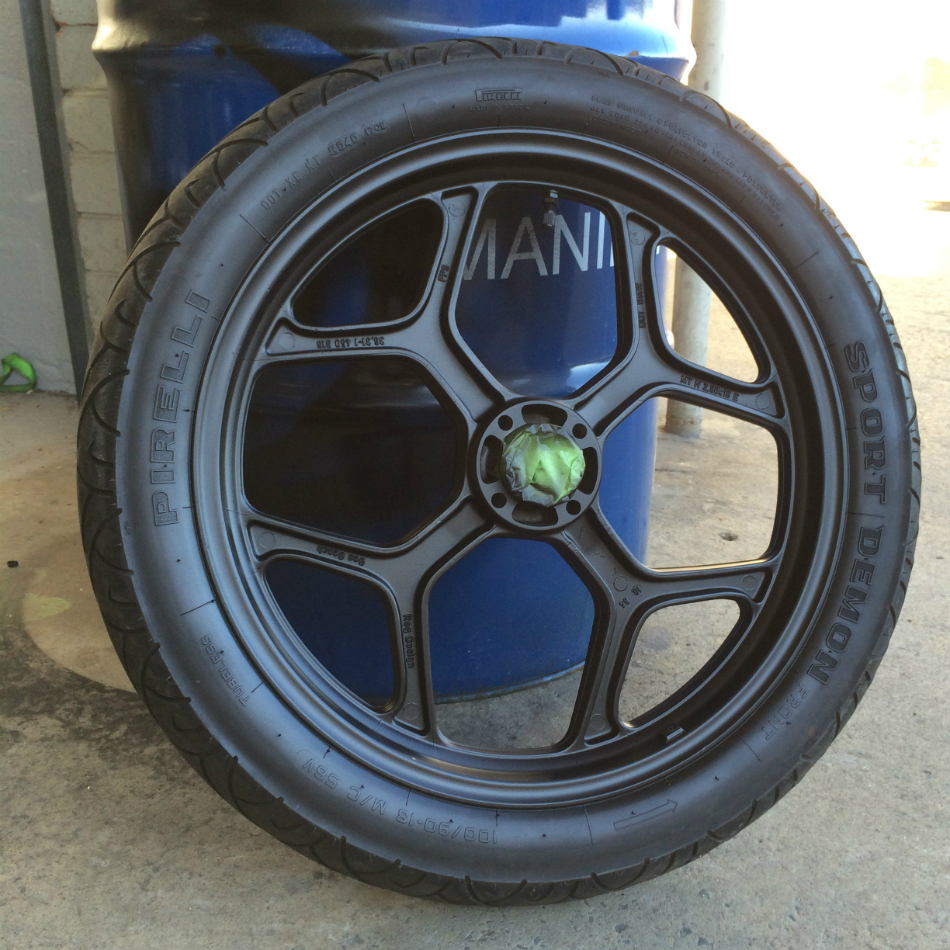 The same process as above applied for the rear wheel. Once I had both wheels painted, I prepared the rear wheel mounting bolts (four of them) for re-installation. 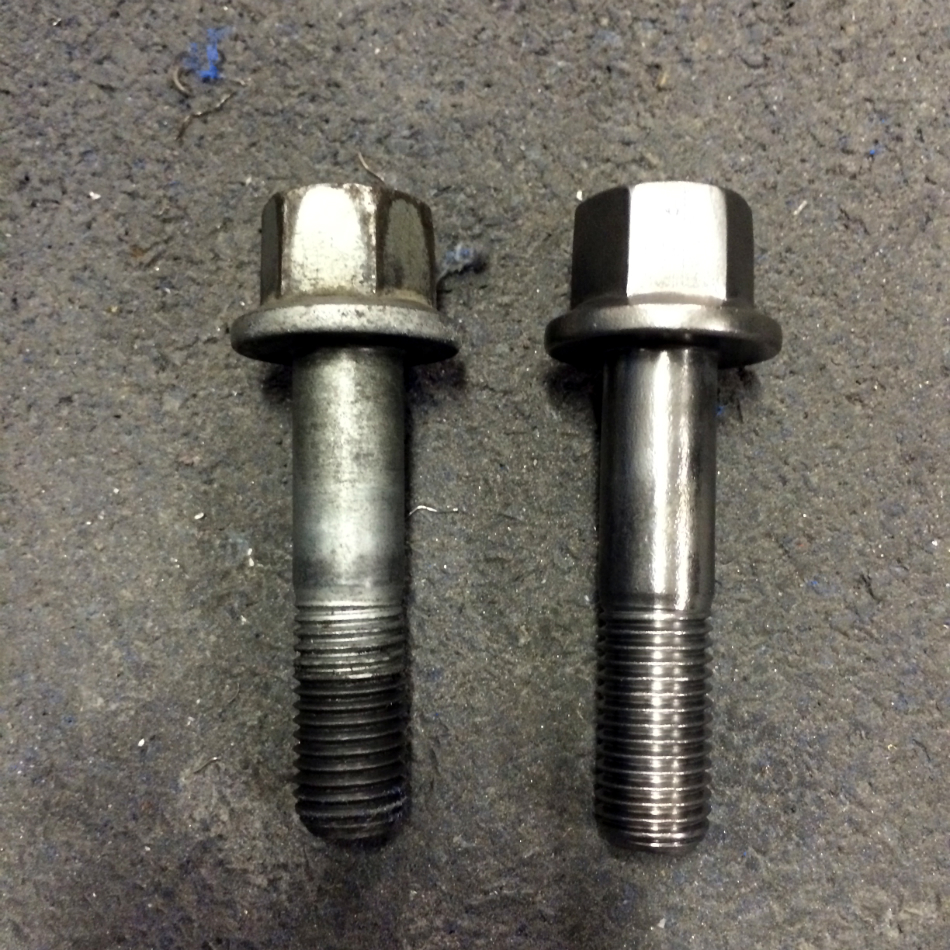 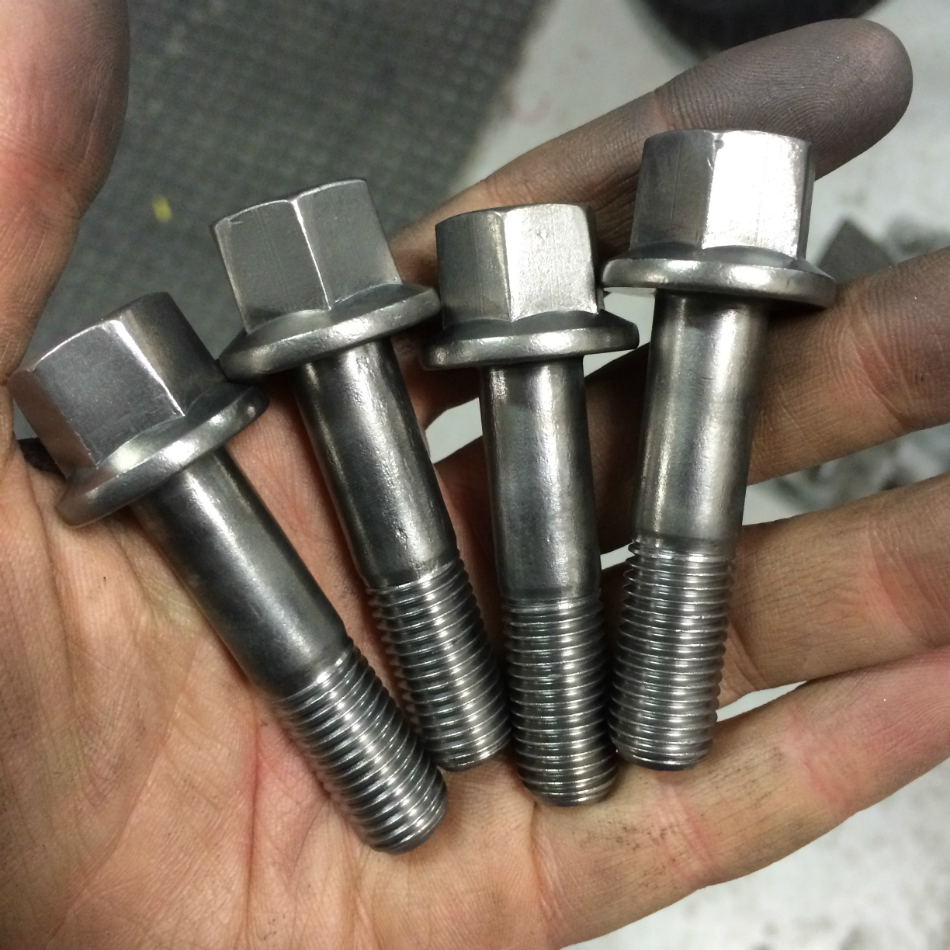 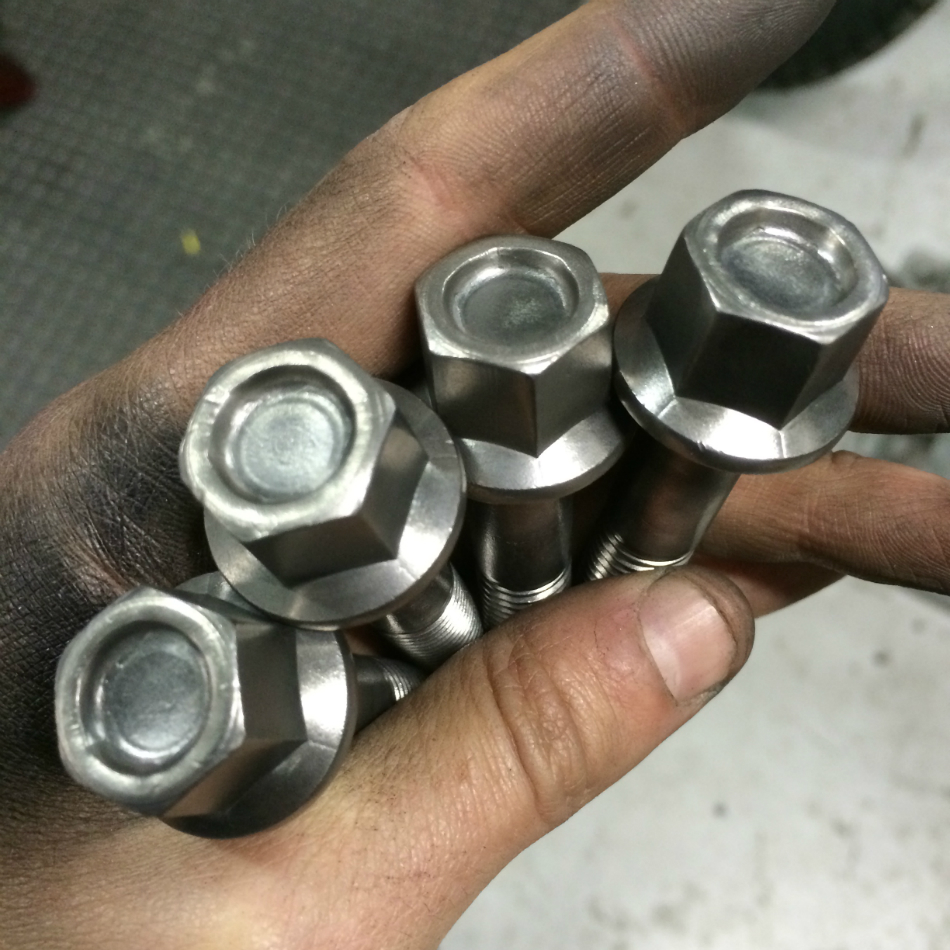 I intend to replace the above bolts with stainless-steel equivalents as I don’t expect for them to maintain their luster for very long at all. I made use of some copper anti-seize to ensure that these bolts would come free with ease when replacing them at a date in the not-too-distant future. 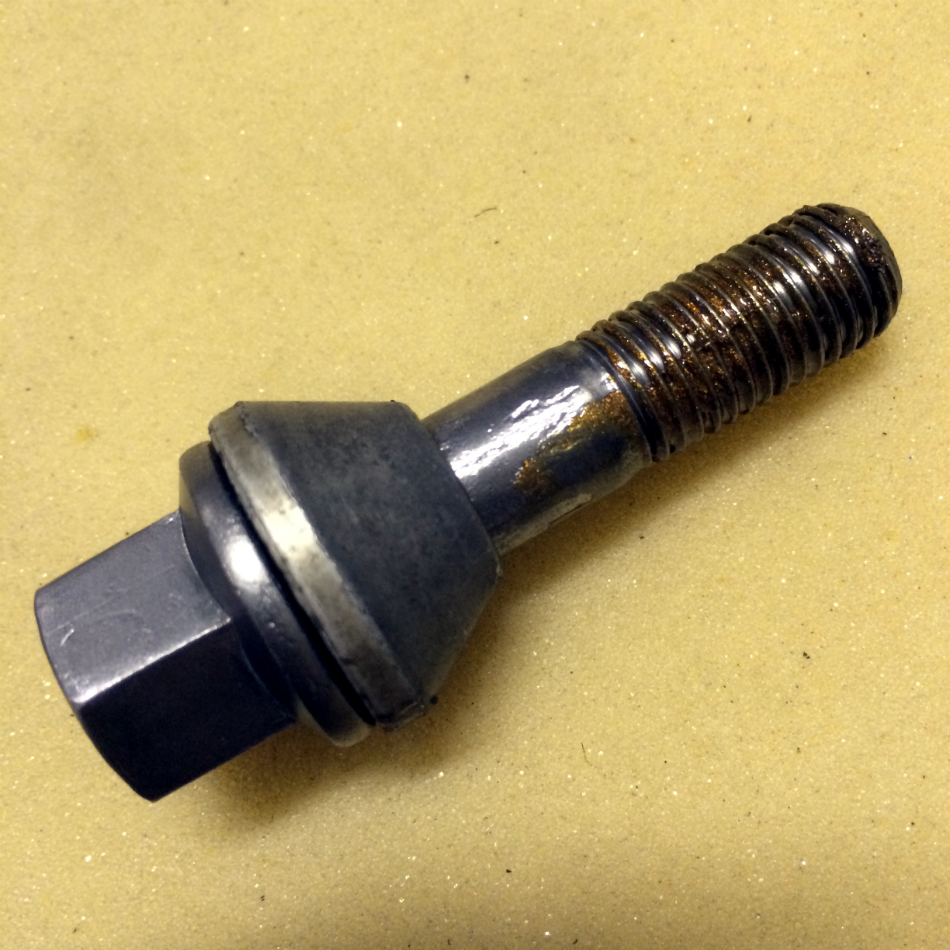 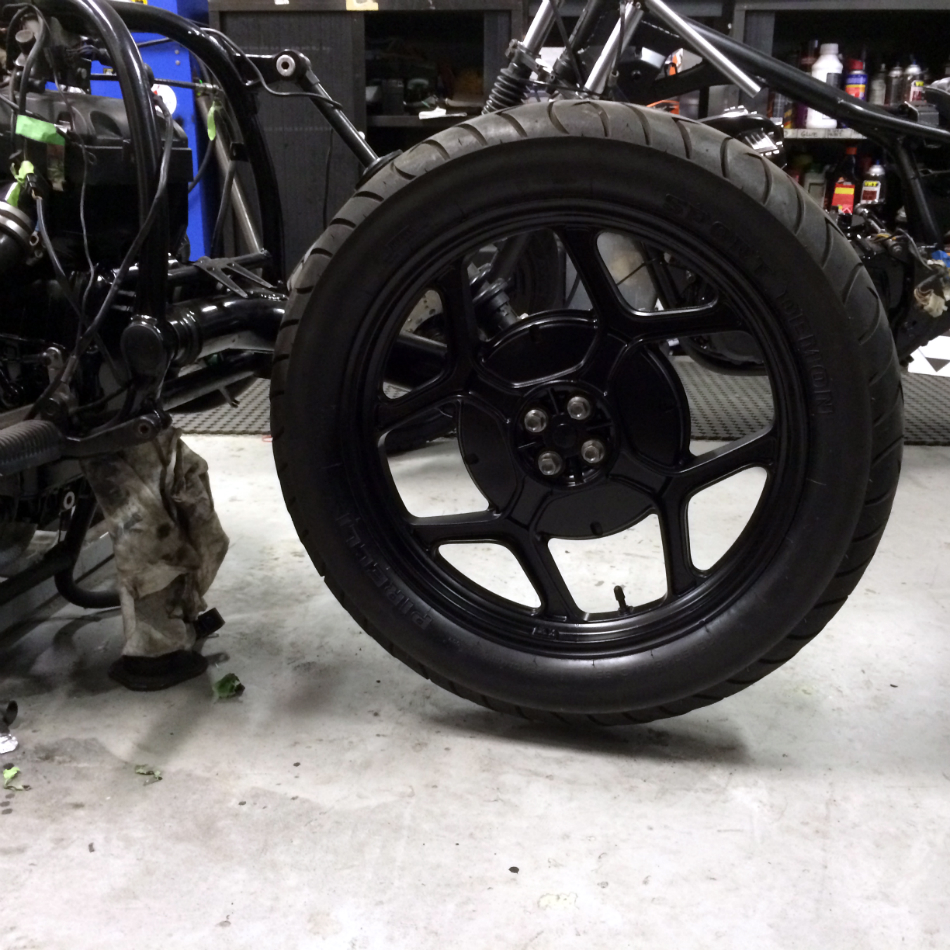 I was hoping to get the front end back before calling it a weekend, but didn’t want to stress the fresh paint too much. I figured best to let the parts stand for a day and approach the re-fitting at the next opportunity. 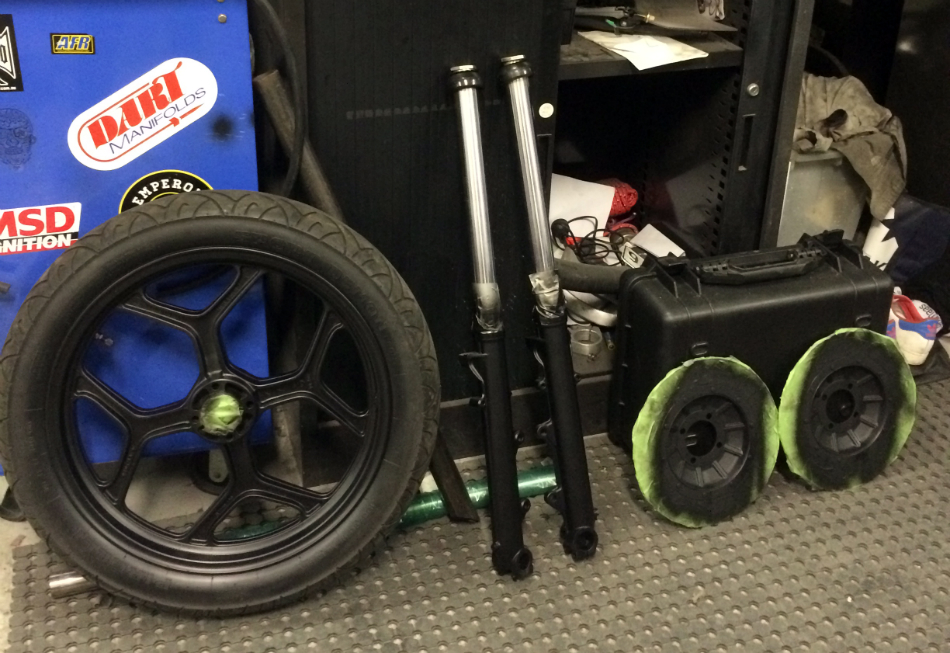 I was incredibly stoked with the results of the wrinkle paint that I’ve elected to use on the triple-clamps and front guard brace. The texture difference should look quite striking when surrounded by smooth flat/satin finishes. Full credit to Ren for the idea!

The logic for using the wrinkle paint on the rather thin looking triple-clamp top is that it will give the appearance of more weight/substance so that it doesn’t look as thin as it did previously. 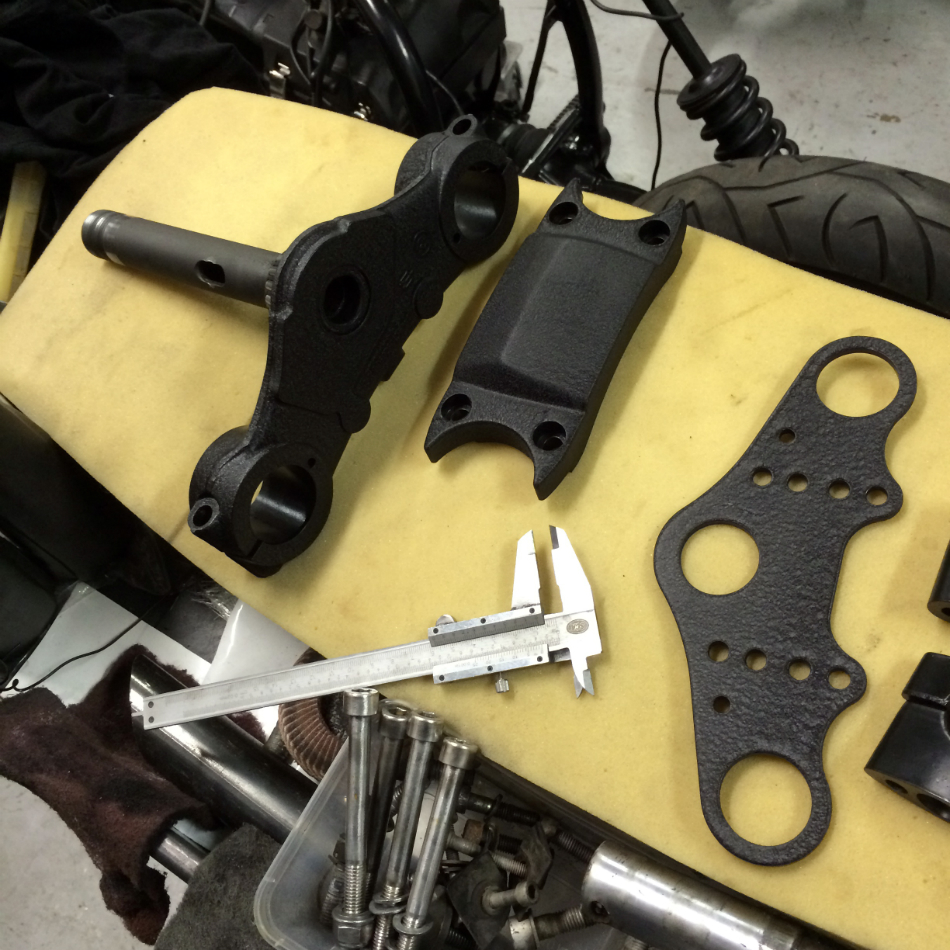 It all might look a bit bleak at this point – everything seemingly getting painted black… But I can assure you that it isn’t going to be completely that way. I am incredibly excited to get to the final stages where I get to choose paint for the tank and guards. I hope to have quite a unique paint layout upon completion, rather than the dime-a-dozen black on black on black on chrome on black on grey on black motorcycles you see folks building.

A lot more to come soon as I re-assemble the front end and prepare a shopping list for the fun bits that are yet to be obtained. Thanks for reading and please let me know what you think of the wrinkle paint!