In order to facilitate the fitting of the custom “low profile” side covers I’m fabricating, I found the need to slightly relocate the electrics on the Kawasaki KZ250. The stock side covers jut out from the frame by approximately 70mm  in some sections making them exceptionally inappropriate for the design I’m working towards, though the benefit of these side covers was that they allowed the electrics to sit partially outside of the frame. As mentioned, the side covers I am fabricating have no such room, but aesthetically fit in with the grand plan.

That been said, the electrics did not need to go far – just 20mm or 30mm further into the frame. The main components that needed to move were the rectifier, the solenoid, and the fuse box. With a bit of creativity and test fitting, I was able to utilise existing/unused internal mounting holes to fit brackets that the electrics could bolt in to. While I opted for a sturdy and reliable solution, I do expect to refine this at a later date.

The first bracket I fabricated was a mounting plate of sorts that fit to the left side of the battery enclosure. The enclosure had two conveniently placed 6mm bolt holes that held the existing stock bracket in place. I was able to re-purpose these to fit a recessed mounting plate and bolt some fittings to that (pictured below). 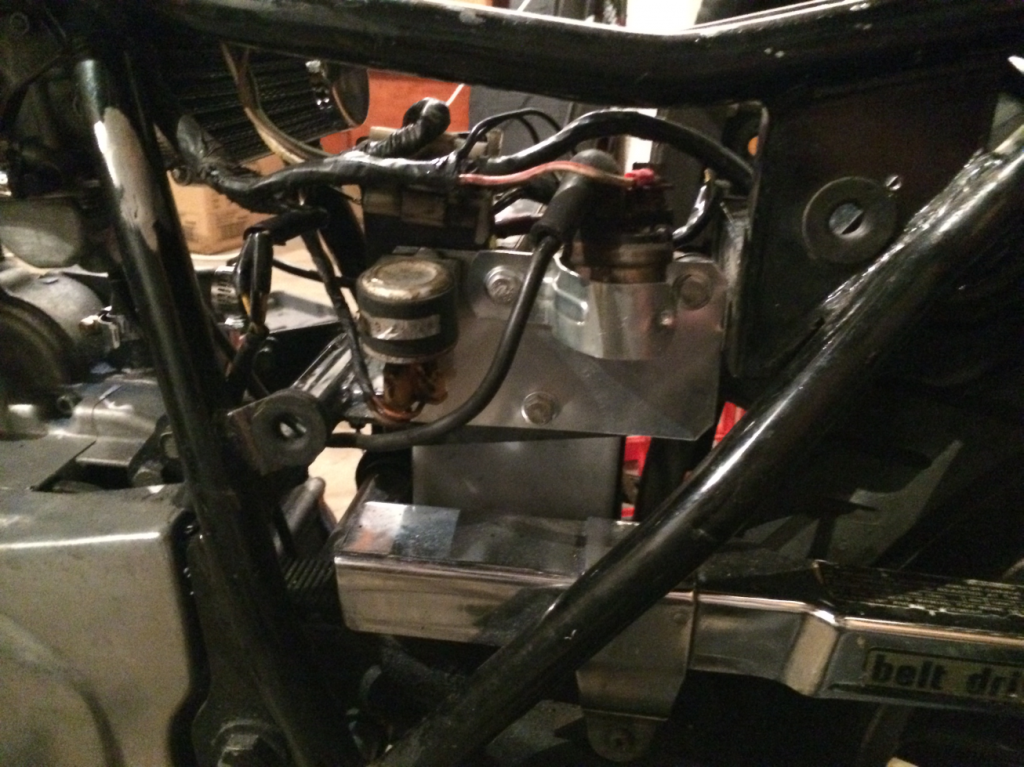 The next part I looked into was relocating the rectifier, which was located on the opposite side of the bike (the right-hand side) against the opposing side of the battery enclosure. The rectifier positioning was an interesting one – I had to keep air flow in mind as rectifiers can get a little hot and I didn’t want it cooking any other electrics at a later date. Tim was floating around the workshop at the time, hurling standard Australian colloquial support/abuse, and kindly suggested positioning the rectifier to the rear of the battery enclosure where two unused bolt holes were conveniently positioned. I rummaged through my scrap metal stash and found a galvanized steel brace that I cut to length and drilled holes through. I beat it using hardwood and rubber mallets, and bolted it in. I bolted the rectifier to it and it all fit perfectly. 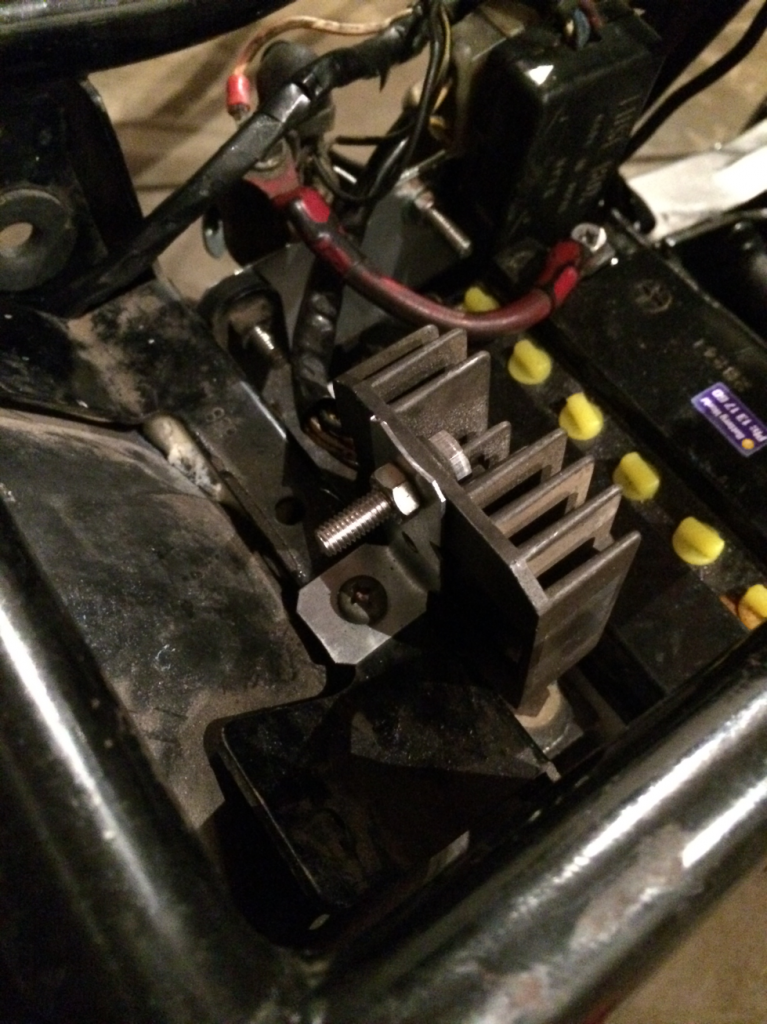 As you can see in the picture above, the heat-sink fins are positioned where air flow will likely be at its highest. I expect the rectifier to remain quite cool when riding the Kawasaki KZ250 at speed.

All in all, the minor (but crucial) relocation of the electrics was a great success – the Kawasaki KZ250 is now ready for me to simply bolt on the side covers (when their paint dries) and seat (when it’s back from the upholsterer, hopefully tomorrow!). 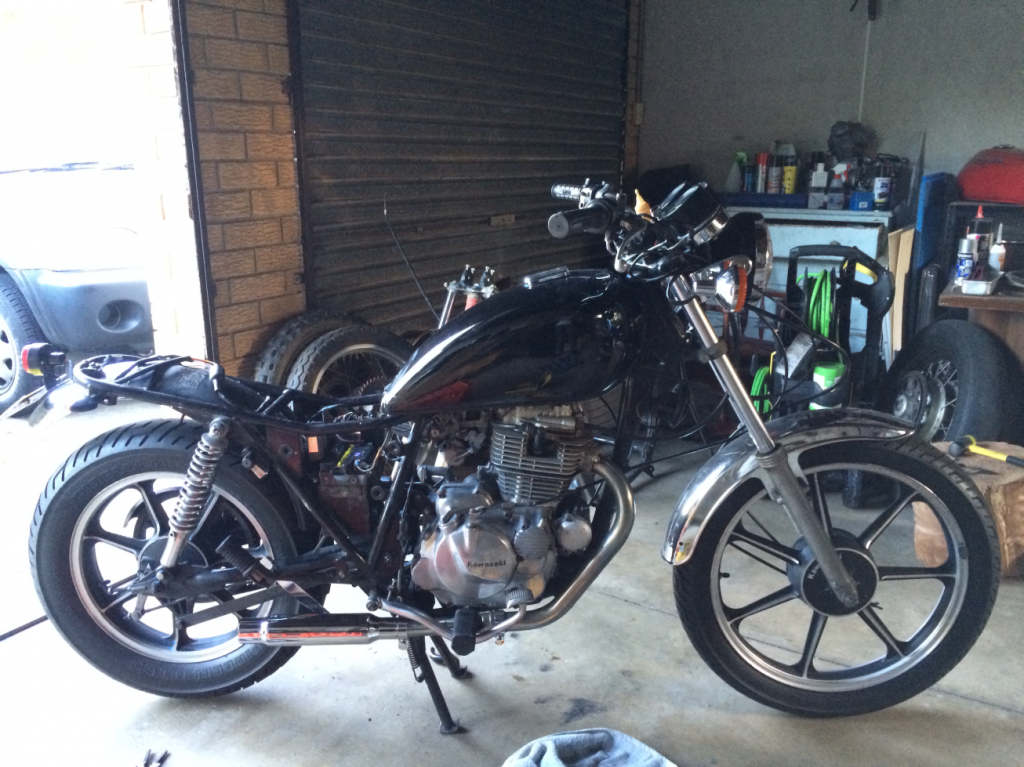